The Topaz and Sheikh Mansour link to 1MDB 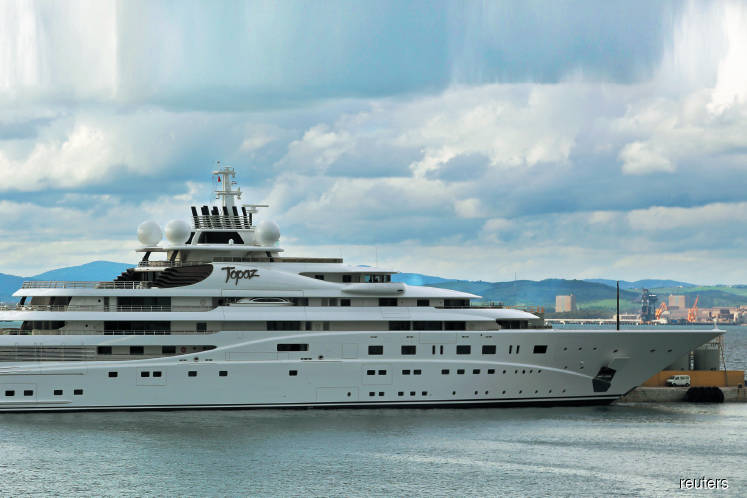 Close to US$140 million that originated in 1MDB is believed to have been used to pay for Topaz, which was built in 2012 for Sheikh Mansour. 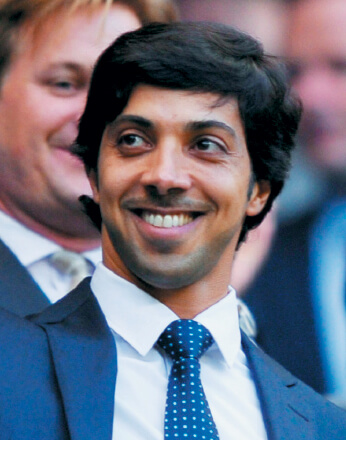 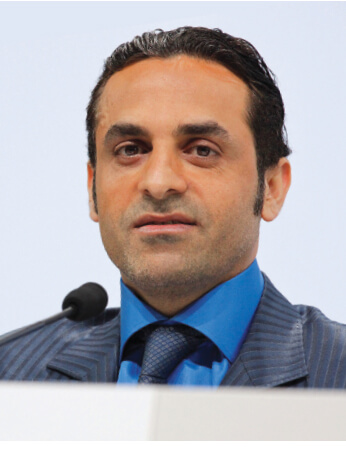 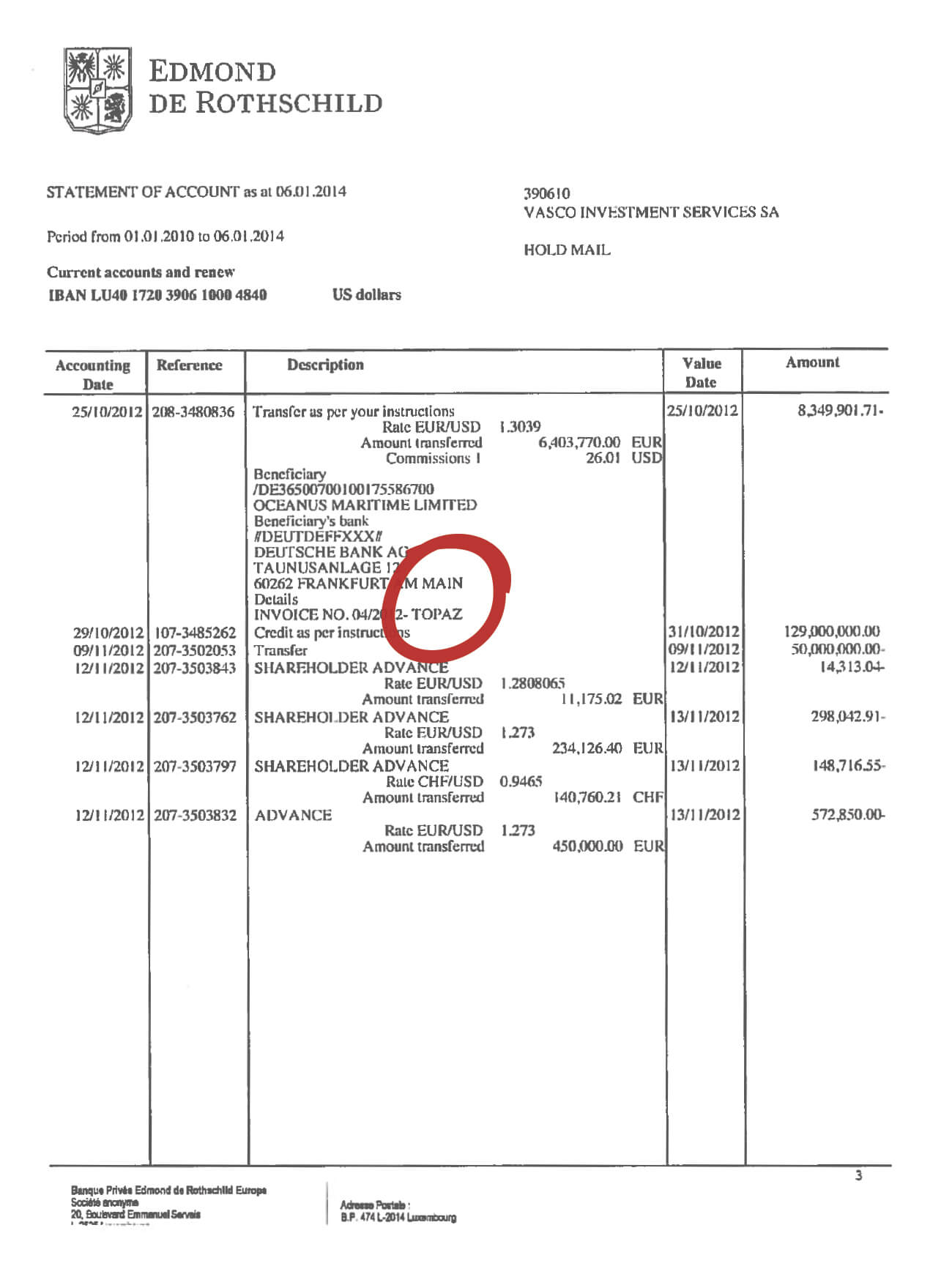 Transfers made to the Deutsche Bank account of Oceanus Maritime Ltd in Frankfurt to pay for Topaz.

While much attention has been focused on the US$250 million Equanimity that Jho Low bought with stolen 1MDB money, Malaysia may yet be able to make a claim on an even bigger super yacht — Topaz.

This is because close to €120 million (US$140 million) that originated in 1MDB is believed to have been used to pay for Topaz, which was built in 2012 for its beneficial owner, Sheikh Mansour bin Zayed Al Nahyan.

Sheikh Mansour is well known as the owner of Manchester City football club. He was the chairman of International Petroleum Investment Co (IPIC), which is embroiled in a multibillion-dollar dispute with Malaysia over its transactions with 1MDB.

The 482ft Topaz cost around €400 million (US$450 million) to build compared with the US$250 million that was paid for the 300ft Equanimity, which was delivered to Jho Low in 2014. Both were built at German shipyards.

The 1MDB money that was used to partially pay for Topaz was channelled through Vasco Investment Services SA and a related company,  Tasameen Investments. Both are registered in the Caymans and controlled by Khadem al-Qubaisi, who was the managing director of IPIC and chairman of Aabar Investments PJS.

The US Department of Justice (DoJ) has alleged that the US$472 million that was stolen from two bonds totalling US$3.5 billion issued by 1MDB in 2012, ended up in the account of Vasco Investment at Banque Privée Edmond de Rothschild SA in Luxembourg.

Of the sum, Qubaisi had used close to US$100 million to buy three properties in the US, which are now subjects of seizure.

The DoJ did not say what happened to the remaining US$372 million but investigators in Luxembourg have found that around €120 million (US$140 million) was used to pay for Topaz.

Each transfer was made to the Deutsche Bank account of Oceanus Maritime Ltd in Frankfurt for the purpose of paying for Topaz (see document).

According to legal sources, if Malaysia can prove that money from 1MDB helped pay for Topaz, it can make a claim.

Oceanus Maritime is the registered owner of Topaz and is a company set up in the Isle of Man, an offshore tax haven that is popular with the super rich to register their luxury yachts and private jets.

When Topaz was launched in 2012, all leading yachting magazines named Sheikh Mansour as its owner.

According to leaked documents in 2017 called the Paradise papers, law firm Appleby had helped owners of luxury yachts and private jets avoid paying value-added tax in Europe by registering them in the Isle of Man.

Topaz was sighted in Brazil during the 2014 World Cup. Hollywood star Leonardo DiCaprio, Jho Low and some Malaysians had partied on board the superyacht while in Brazil to watch the soccer matches.

The UK’s Daily Mail and other Hollywood magazines have reported that DiCaprio often borrowed Topaz from Sheikh Mansour to host parties. DiCaprio was also a party buddy of Jho Low and Riza Mansor — the stepson of Datuk Seri Najib Razak — and starred in the movie Wolf of Wall Street, which the DoJ said was funded with stolen 1MDB money.

Qubaisi, who arranged for the payments for Topaz, was sacked by IPIC in 2016 and is under arrest in Abu Dhabi. He, however, managed to give The Wall Street Journal an interview recently and alleged that he had been made a scapegoat by the UAE for its dealings with 1MDB.

“I did this (1MDB) deal but I did it on behalf of the government of Abu Dhabi,” he was quoted as saying, although he did not address any specific allegation against him. “Now, they are putting everything on my back.”

He pointed to Sheikh Mansour and Abu Dhabi authorities as the ones who wanted to pin the blame on him.

Qubaisi said he had acted with the knowledge of more senior UAE officials when he led IPIC to become a key business partner of 1MDB, including guaranteeing US$3.5 billion in 1MDB bonds, much of which was subsequently stolen in what the DoJ has described as the biggest-ever case of kleptocracy.