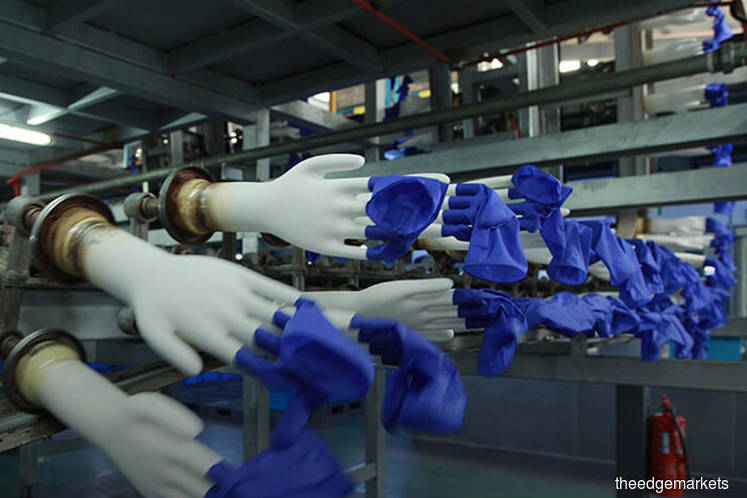 In a note today, AmInvestment Bank Research's Joshua Ng said the sector's prospects are bright, underpinned by the expanding healthcare sector globally, both public and private, as well as the rising hygiene standards across industries that drive the demand for gloves over the long term.

Ng said the Malaysian Rubber Glove Manufacturers Association projects the global glove demand to grow by 8% to 10% per annum in the coming years.

He said over the immediate term, Malaysian glove makers will also continue to benefit from the glove supply shortage in China, following the massive shutdown of vinyl glove factories in China recently due to environmental issues (the phasing out of the highly polluting coal-fired boilers).

"However, we are mindful of a potential supply glut at some point, with most players having embarked on aggressive capacity expansion in recent years.

Ng estimates that the combined production capacity of the "Big Three" will expand by a whopping 17% to 121 billion pieces annually in 2018 versus a 7.5% growth in 2017.

Ng said his top pick for the sector is Kossan, with a fair value of RM7.51.

"We like Kossan for: (1) its strength in R&D which translates to product innovation; (2) its investments in automation which boost efficiency and cut reliance on foreign labour; and (3) earnings buffer from a non-glove business, i.e. technical rubber products," he said.