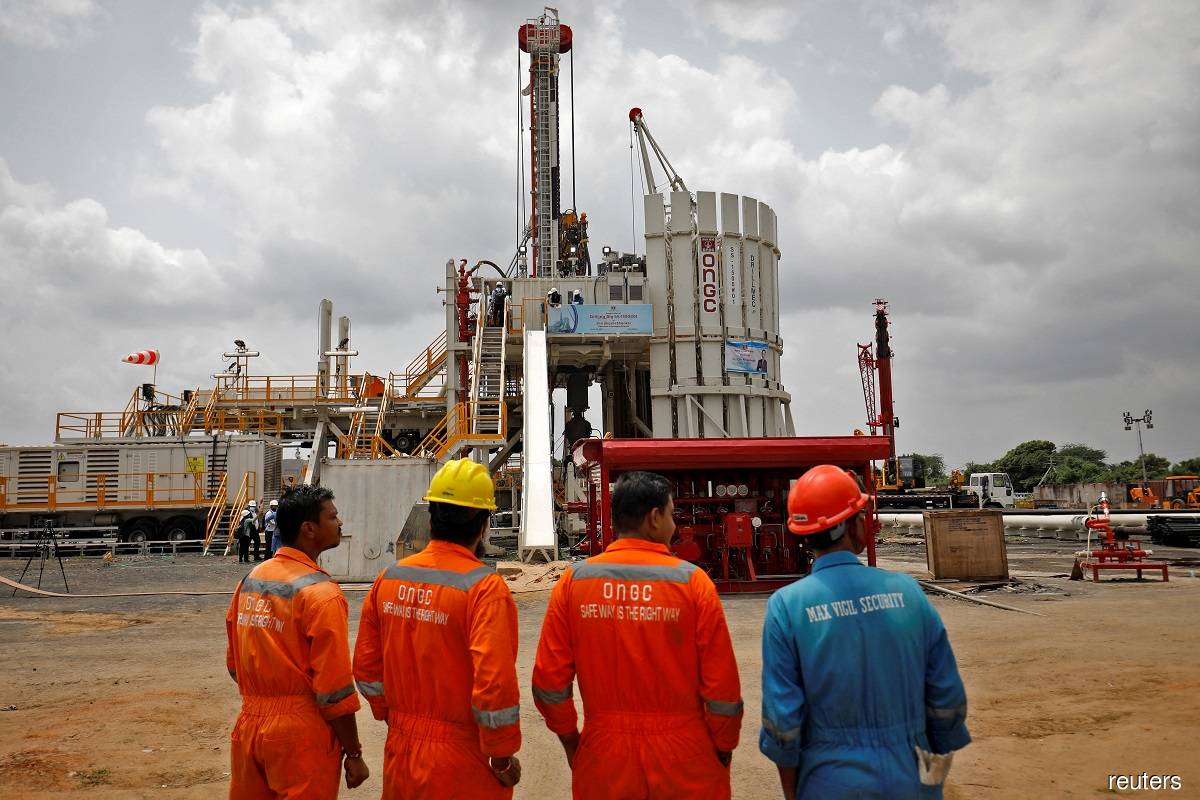 NEW DELHI (May 29): Oil & Natural Gas Corp's (ONGC) profit rose 32% in the fourth quarter but missed estimates as an increase in government levies ate into the gains from soaring oil prices after Russia's invasion of Ukraine.

Net income increased to 88.6 billion rupees (US$1.1 billion) in the three months ended March 31 from 67.3 billion rupees a year earlier, according to an exchange filing late on Saturday. That compared with the average 109 billion rupees estimated in a Bloomberg survey of analysts. Revenue surged 63% to 345 billion rupees, exceeding estimates.

Profit during the period was the highest since the September quarter, when the state-run producer posted record income after adjustments from its switching to a lower income tax regime. Total costs in the three months through March rose 34% year-on-year to 241.3 billion rupees, driven by a 64% jump in statutory levies paid to federal and local governments that moved in tandem with oil prices.

ONGC earned an average US$95 a barrel in the quarter as against US$63.6 a year earlier, according to a separate statement. The price of Brent, a popular benchmark for global crude prices, averaged about US$98 a barrel during the March quarter.

Higher income will help the New Delhi-based producer's commitment to boosting India's energy security, as it pledges to increase exploration investments by 1.5 times in the next three years to US$4 billion. ONGC is leading the South Asian nation's oil hunt in unexplored areas and is seeking international partners to bring challenging fields to production to make up for the sagging output from its aging fields.