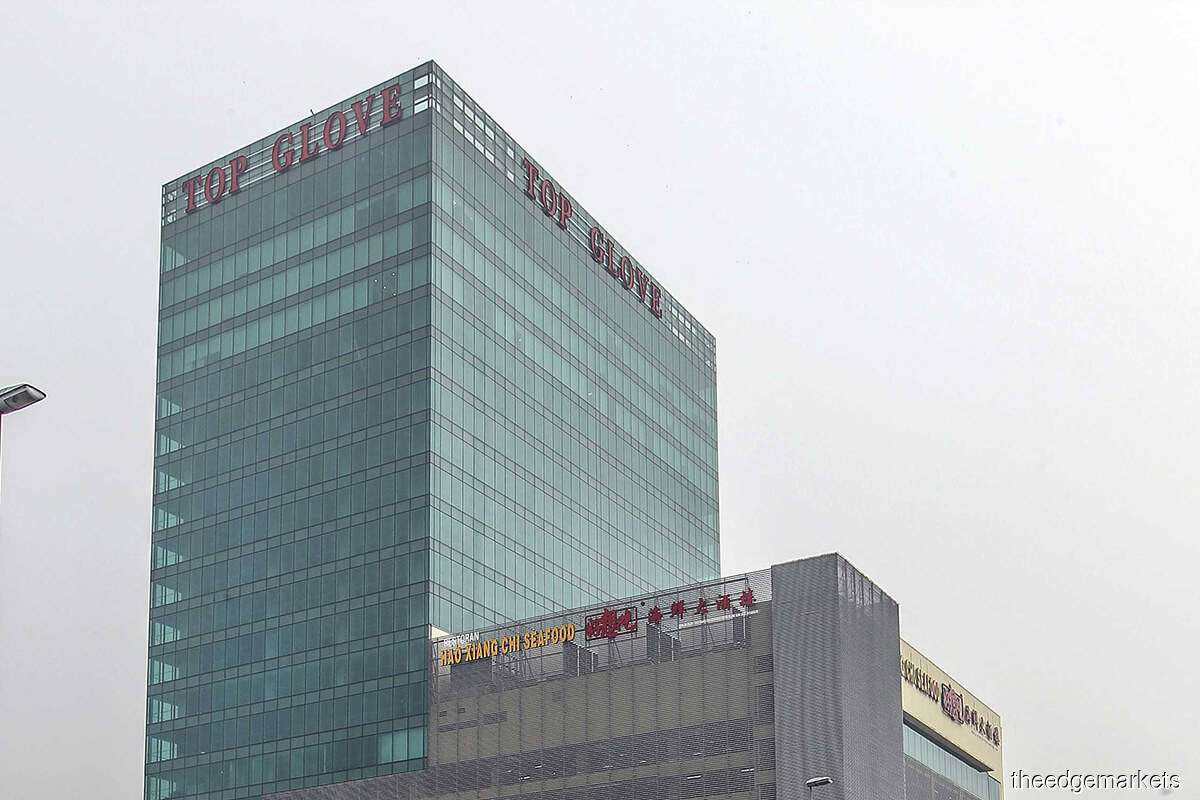 KUALA LUMPUR (June 23): Top Glove Corp Bhd, the world's largest glovemaker by production capacity, is deferring its rubber glove output capacity expansion and said on Thursday (June 23) that it is focusing instead on vertical and horizontal integration initiatives which include ownership of a gamma sterilisation facility, nitrile butadiene rubber (NBR) latex plant and glove former factory, all of which will cater for Top Glove's internal consumption.

Top Glove, which has an annual glove production capacity of about 100 billion pieces as at June 2022, said its glove output capacity expansion will be aligned with global glove demand and supply at a time when demand for personal protective equipment (PPE) is seen normalising after a surge due to the Covid-19 outbreak, which began in early 2020.

"We will also continue to monitor the glove demand/supply situation closely and reinstate expansion plans when required," Top Glove said.

Top Glove however did not specify how much savings it will derive from the deferment of its planned glove output capacity expansion.

The company also did not specify whether it plans to build its own gamma sterilisation facility, NBR latex plant and glove former factory or acquire these entities.

In business terminology, the phrase vertical integration refers to a strategy which involves a company securing direct ownership of various stages of its production processes instead of depending on external suppliers.

Meanwhile, horizontal integration refers to an approach in which a company acquires or merges with another firm within the same level in an industry or undertakes the organic expansion route to grow its business.

Horizontal integration expedites a company's growth in terms of size and revenue besides helping acquirers' expand into new geographical markets, diversify their products and reduce competition within an industry.

Top Glove's 37 glove factories comprise 32 entities in Malaysia, three in Thailand and one each in China and Vietnam, according to the company.

Looking ahead, Top Glove's proposed glove output capacity expansion is unlikely to materialise based on current forecasts as the manufacturer aligns its capacity expansion with global glove demand and supply at a time when Covid-19 concerns have eased due to vaccination progress.

Top Glove's output capacity expansion chart showed that the company plans to defer its capacity expansion involving an additional 10 billion pieces of gloves in 2023, followed by another 19 billion and 27 billion in 2024 and 2025, respectively.

Looking back, Top Glove was closely watched as a beneficiary of the Covid-19 outbreak as demand for rubber gloves, seen as a crucial component of PPE, surged to curb the global spread of Covid-19.

However, Covid-19-driven demand for gloves is now seen normalising as global vaccination progress leads to anticipation that the Covid-19 outbreak can be curbed.

Such sentiment is reflected in Top Glove's share price, which has been adjusted for its two-for-one bonus share issue under which about 5.4 billion new shares were listed and quoted on Bursa Malaysia and the Singapore Exchange on Sept 7, 2020, according to the company's Bursa filing on that day.

At Bursa on Thursday (June 23), Top Glove's share price closed up four sen or 3.96% at RM1.05, which brings the company's market capitalisation to about RM8.41 billion.

Top Glove has 8.01 billion outstanding shares, according to its latest quarterly financial report.