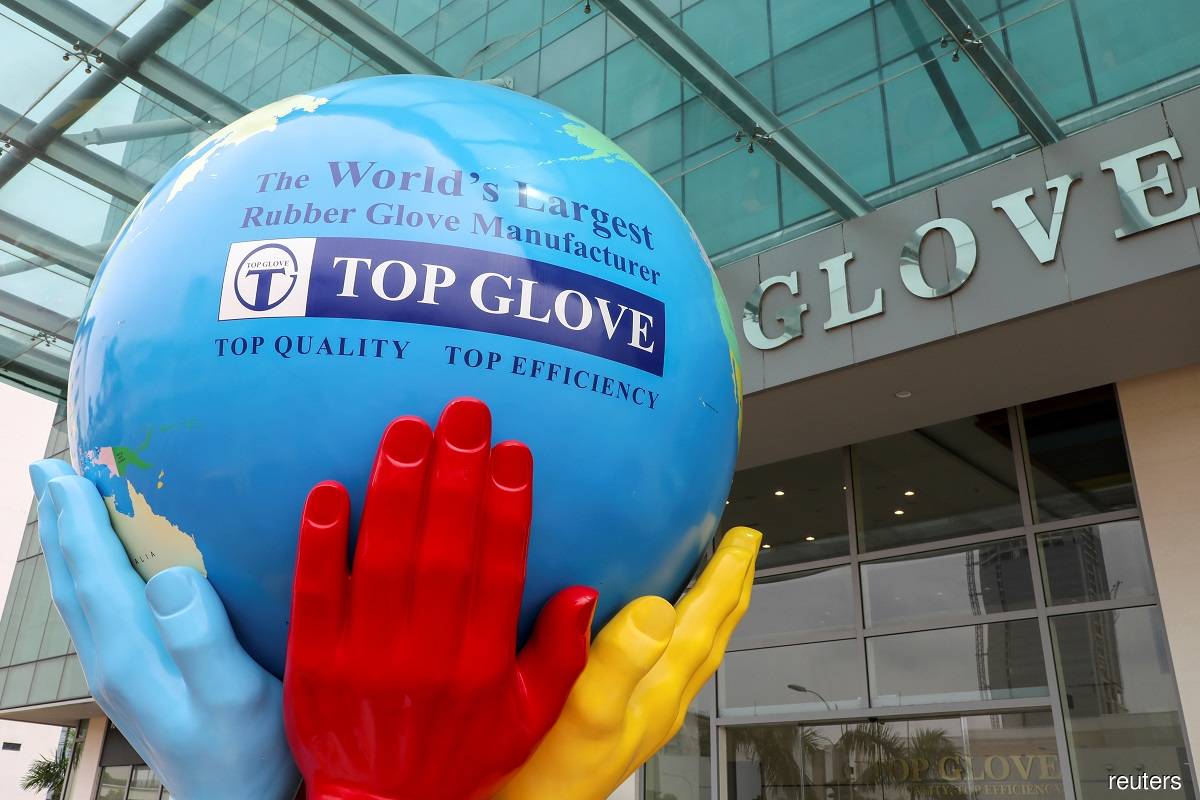 It is worth noting that the company's net profit dropped below the RM1 billion mark for the first time since 4QFY20.

As a result, its earnings per share shrank to 7.59 sen in 4QFY21 from 25.44 sen in 3QFY21, the world's largest glove maker's bourse filing with Bursa Malaysia showed.

Top Glove blamed the weaker 4QFY21 results on the normalising demand following mass vaccine roll-outs on a global scale, leading to lower sales volume and average selling prices (ASPs), which were not matched by a corresponding reduction in raw material prices.

"This was further affected by the finding imposed by the US Customs and Border Protection, impacting sales volume and profit," it added.

Top Glove added that the performance was also affected by the Enhanced Movement Control Order during which the glove industry in the state of Selangor was not allowed to operate for 10 days, affecting 50% of Top Glove's factories.

This was coupled with the subsequent round of the Movement Control Order during which the affected facilities were only permitted to operate at 60%. The reduced output adversely impacted utilisation and drove costs upwards, the group said in a statement.

Notwithstanding that, its cumulative net profit for the full FY21 surged a whopping 349.1% to RM7.87 billion, from RM1.75 billion a year ago. Revenue more than doubled to RM16.41 billion compared with RM7.24 billion previously.

The group said that commendable yearly financial performance for FY21 was attributed to strong glove demand coupled with elevated ASPs driven by the ongoing pandemic.

Its managing director Datuk Lee Kim Meow said: "We are pleased to deliver such strong results in spite of several challenges throughout the year. We attribute this to our committed and capable employees, who have partnered with us to weather the tough times and worked tirelessly with a sharpened focus on adhering to SOPs (standard operating procedures), to ensure we met the urgent need for gloves globally, particularly for frontliners.

"Our good performance has allowed us to continue delivering value to our many stakeholders. We are able to reward our loyal shareholders and investors for their continued support. It also positions us to continue creating gainful employment and fulfilling our tax obligations, while supporting worthy causes as well as communities. In addition, it enables us to create reserves to insulate our business and ensure we remain fit and future ready," he added.