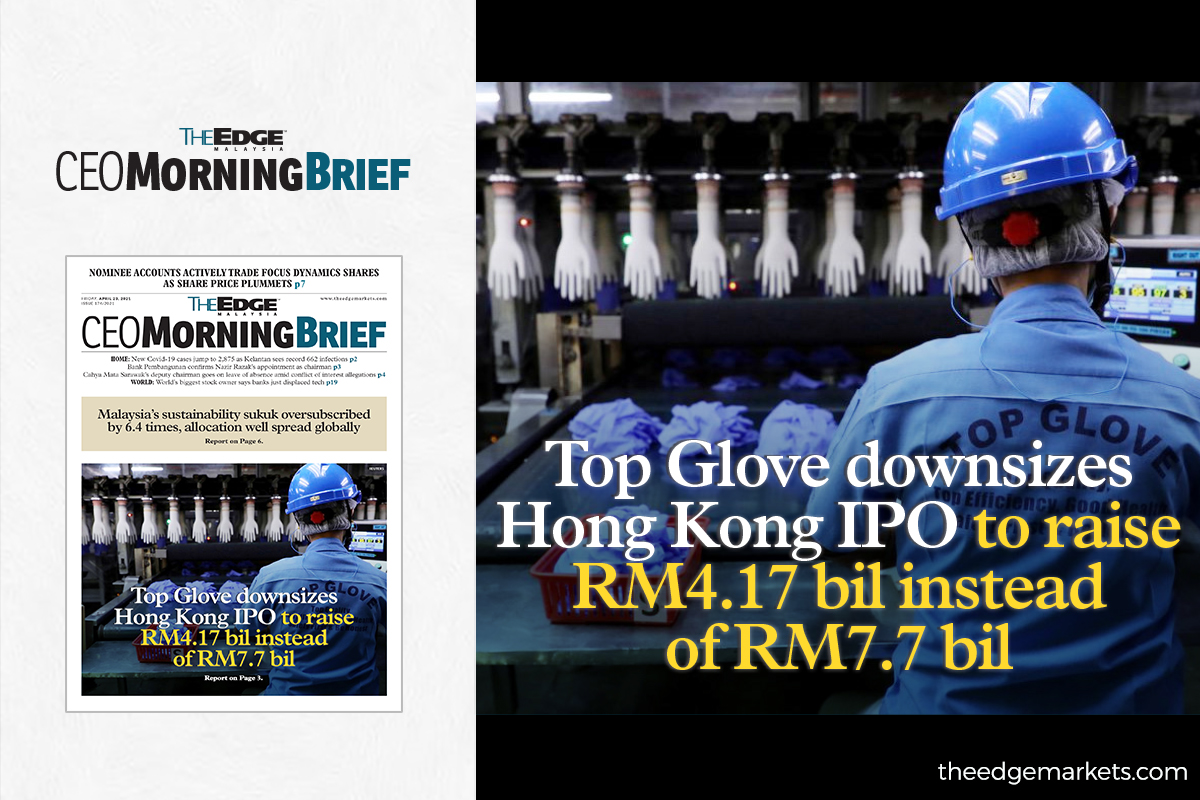 The group said as far as the revised earnings per share impact from listing is concerned, there will be a proportional dilution as a result of the exercise.

It noted that based on the 793.5 million shares to be issued as part of the dual primary listing, this issuance represents 9.02% of its enlarged share capital once the listing is completed.

The decision to downsize its IPO comes roughly two months after the glove maker unveiled its plan to seek primary dual-listing in Hong Kong Stock Exchange (HKEx). The IPO plan, which will result in earnings and shareholding dilution, has been met with criticism as Top Glove does not appear to be short of capital given its swelling cash pile thanks to the superprofit it has earned during the pandemic. Top Glove's share price has been on a decline since October last year, falling from an all-time high of RM8.93 to a low of RM4.52 on March 31 — evaporating some RM36 billion of market capitalisation.

Now that the number of shares it will issue has been reduced, its share capital will increase to nine billion shares, instead of 9.7 billion shares when the move was first announced.

This is in contrast to the RM4.61 billion initially earmarked for the expansion of production capacity and developing a data-driven manufacturing system, RM770 million for R&D, software system upgrades, and potential M&As.

Meanwhile, Top Glove initially planned to spend RM390 million on ESG practices and initiatives, while the remaining RM390 million would have been used for working capital and general corporate purposes.

In March, the rubber glove company announced that its primary dual-listing in Hong Kong would happen by May or June.

On Feb 26, the group announced that it had filed an application with the stock exchange in Hong Kong for the primary dual-listing.

The move was first announced by executive chairman Tan Sri Dr Lim Wee Chai last September, who said the listing was a means to diversify its investor base.

Once the proposed dual primary listing is executed, Top Glove shares will be listed and traded on Bursa, SGX-ST and HKEx and all such shares will be fungible/transferable among these three stock exchanges.