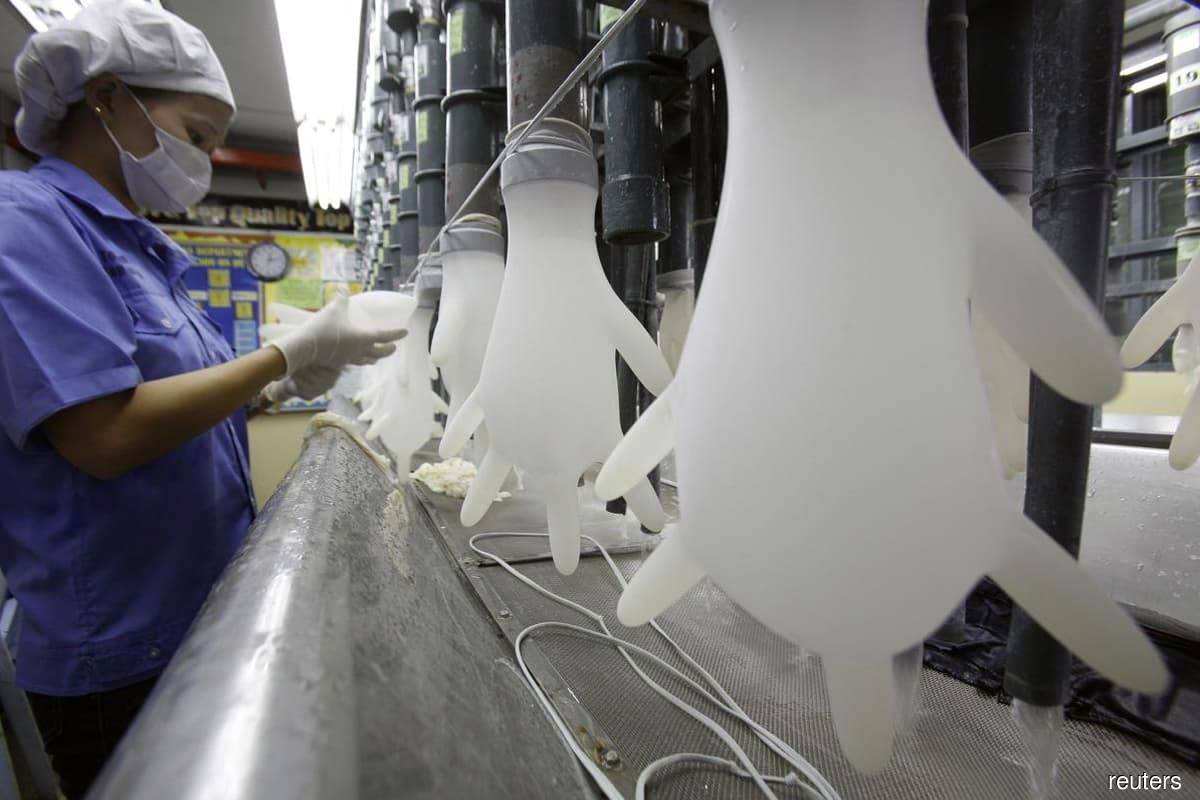 KUALA LUMPUR (Nov 16): Selling of Top Glove Corp Bhd shares accelerated in the afternoon session today following news that the government will put some of its workers' dormitories in Klang under the enhanced movement control order (EMCO), effective tomorrow until Nov 30.

The implementation of the EMCO raises concerns about the world’s biggest glove maker’s production at its plants considering that 13,190 workers, against its total workforce of 21,000, will not be allowed to work in the factories.

Top Glove’s share price slid 7.46% or 58 sen to end the trading day at an intraday low of RM7.20, valuing it at some RM59.01 billion. It was the fourth biggest value loser on Bursa Malaysia today.

The news of the EMCO added to the selling pressure already sparked by the news flow of the availability of a Covid-19 vaccine.

The glove counter has been drifting lower after it reached a record high of RM9.60 on Oct 19. It has dropped 25% since then. Nonetheless, the stock is currently still the best performing stock among the FBM KLCI component stocks. Senior Minister (Security Cluster) Datuk Seri Ismail Sabri Yaakob was quoted by the media as announcing that the EMCO will be implemented at some of Top Glove's workers' dormitories in Klang from tomorrow to Nov 30 due to the detection of 215 Covid-19 cases there.

The affected areas include both male and female dormitories as well as the surrounding Jalan Abadi 10A/KU8 and Jalan Abadi 1A.

Ismail Sabri was reported to have said that Top Glove can continue to operate during the EMCO period. However, it must carry out Covid-19 screenings on its remaining workers and other dormitories not placed under the EMCO.