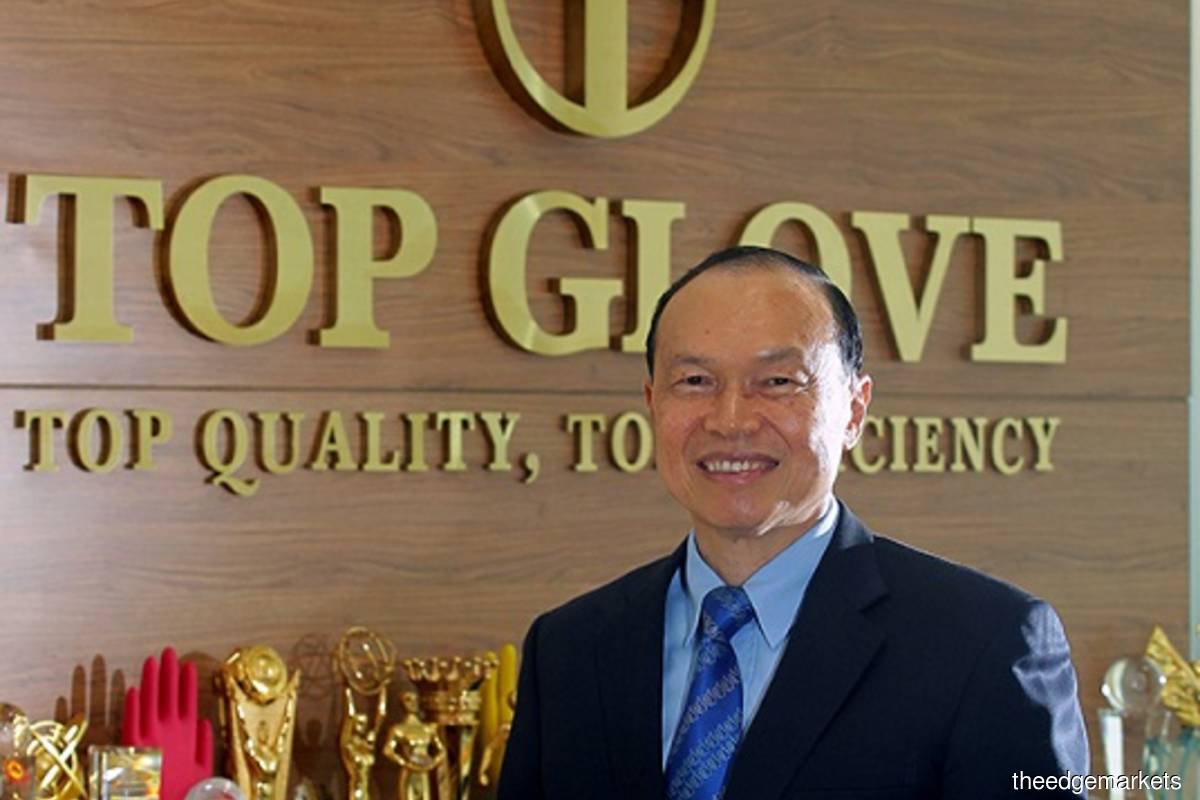 KUALA LUMPUR (Sept 28): Top Glove Corp Bhd’s share price continued to be on a slippery downhill, falling to 59 sen — the lowest level since September 2016 — as the pall cast by oversupply and sharp fall in average selling price (ASP) lingers on the rubber glove industry.

The once darling during the pandemic was the second most traded stock after PT Resources Holdings Bhd on Bursa Malaysia, with 104.9 million shares exchanging hands.

The stock has fallen 77% year-to-date from RM2.74 on Dec 31, 2021. The persistent selldown has wiped out RM16 billion market capitalisation in the past nine months from the world’s largest glove maker, while the value of its controlling shareholder Tan Sri Lim Wee Chai’s 27.72% direct stake has shrunk by RM4.44 billion.

Top Glove shares were traded at RM7.58 two years ago.

Although the downward pressure on the ASP is expected to moderate in the near-term, RHB Research analyst Oong Chun Sung commented in a research note that the sub-optimal capacity utilisation in the industry will continue to drag manufacturer’s margins.

“We would not be surprised if the local glove players further postpone commissioning their new production lines,” said the analyst, who downgraded the rating on the glove sector to “Underweight” from “Neutral”. He holds the view that demand for gloves is unlikely to pick up yet, as inventory levels of some prominent glove distributors as of June were still 30%-50% higher than pre-pandemic.

Kenanga Research analyst Raymond Choo Ping Khoon is even more bearish. He expects the excess capacity to take at least two years to be completely cleared.

“Based on our estimates, the demand-supply situation will only start to head towards an equilibrium in 2025, when there is virtually no more new capacity coming onstream, while the global demand for gloves continues to rise by 15% per annum, underpinned by rising hygiene awareness,” said Choo, who maintains his “Underweight” rating on the sector.

Kenanga’s Choo said glove players will have to brace themselves for low utilisation, which will inevitably lead to depressed ASP.

“Adding salt to the wound is customers’ reluctance to commit to sizable orders on expectations of further decline in product prices,” he said in a note, adding that he does not have any top pick for the sector.

He forecasts a lower annual net profit for FY23 for Top Glove at RM177 million, which is a 25% drop against its FY22 profit.

Analysts’ earnings forecasts are in a wide range. Although there is no “Buy” call on the stock, according to Bloomberg polls, some analysts expect earnings growth, while the glove bears anticipate earnings contraction to continue in FY23.