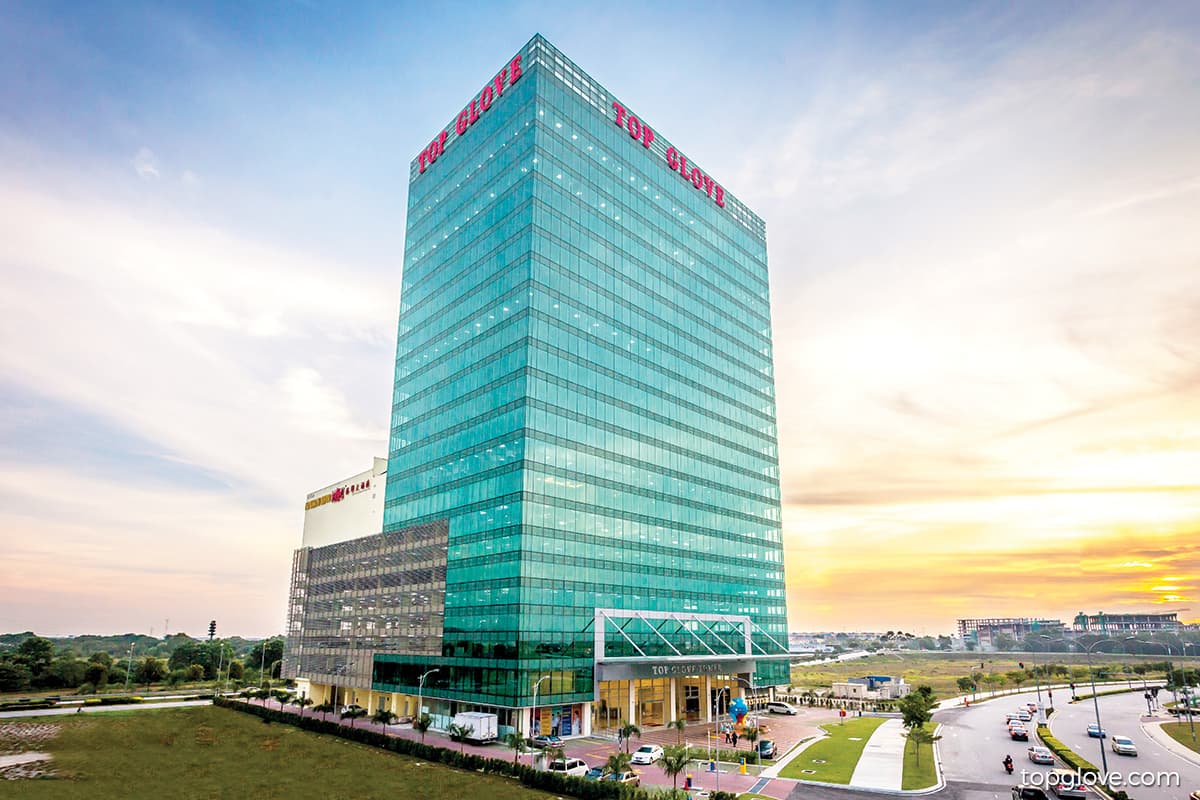 Earnings per share surged to 15.95 sen versus 0.97 sen previously, the group’s filing with the local bourse showed.

The board has recommended a final dividend of 8.5 sen per share, bringing the total FY20 dividend payout to 11.8 sen per share. This is 9.3 sen or almost five times the 2.5 sen dividend paid in FY19, and represents a net profit payout ratio of 51%.

The rubber glove maker said the tremendous growth stemmed from a global surge in demand for gloves on the back of the Covid-19 pandemic.

“4QFY20 demand growth was especially strong in Asia, Western Europe and Eastern Europe, rising by 110%, 73% and 64% respectively compared with 4QFY19. Most robust was demand for nitrile gloves which grew by 31% year-on-year, while natural rubber examination gloves also saw growth of 7% versus the corresponding period in FY19. Reflecting market demand, average selling prices (ASPs) were also adjusted upwards,” said Top Glove in a statement.

The improved profit was also attributed to productivity enhancements which Top Glove continued to embark on, while the group’s utilisation levels which remained at close to 100% amplified production efficiency and reaped superior economies of scale. High utilisation helped lower overheads significantly, notably the cost of labour and natural gas.

“Further contributing to the phenomenal results was Aspion Sdn Bhd with a profit before tax of RM139.9 million, as the group started to reap the fruits of its acquisition. The additional capacity provided also helped position Top Glove to meet the upturn in glove demand,” it concluded.

Commenting on the company’s results, Top Glove executive chairman Tan Sri Dr Lim Wee Chai said the group is very pleased to be able to deliver such strong results and even more so, to be in a position to help protect and save lives in Malaysia and all over the world with its gloves, during this critical time.

“Our unprecedented performance underlines the effectiveness of our ongoing technology-driven improvement initiatives, which focus on quality and cost efficiency, and which have enabled us to meet the increase in glove demand. We also credit our robust results to our 21,000 employees, who continued to do their best to ensure the uninterrupted production and delivery of gloves, despite many operational challenges during the lockdown/MCO (Movement Control Order),” Lim added.

Meanwhile, Top Glove noted that the pandemic had adversely impacted several businesses in the country, causing a rise in unemployment.

“However, the strong global glove demand has bolstered the Malaysian economy during this difficult period, with Top Glove intensifying its hiring and providing business to supporting industries.

“In the past year, the group has employed a total of 4,000 local employees, comprising 1,500 local staff and 2,500 local workers to enable it to meet the growing glove demand,” it added.

Top Glove said it will continue to expand its capacity to ensure it is well-positioned to fulfil global glove demand, which is expected to grow from a pre-Covid level of about 10% per annum, to about 15% per annum post-Covid, on the back of increased usage in both the medical and non-medical sectors, as well as heightened hygiene awareness.

“With more upside in glove demand expected, the group also looks forward to fresh highs in FY21,” it said.

Notably, Factory F41, which is the group’s first factory in Vietnam, is expected to come onstream in October 2020, the initial production capacity for which is approximately 2.4 billion pieces of gloves from its 10 production lines.

On the capex front, the group has earmarked RM8 billion for the next six years, from FY21 to FY26, which will increase an additional capacity of 100 billion pieces of gloves.