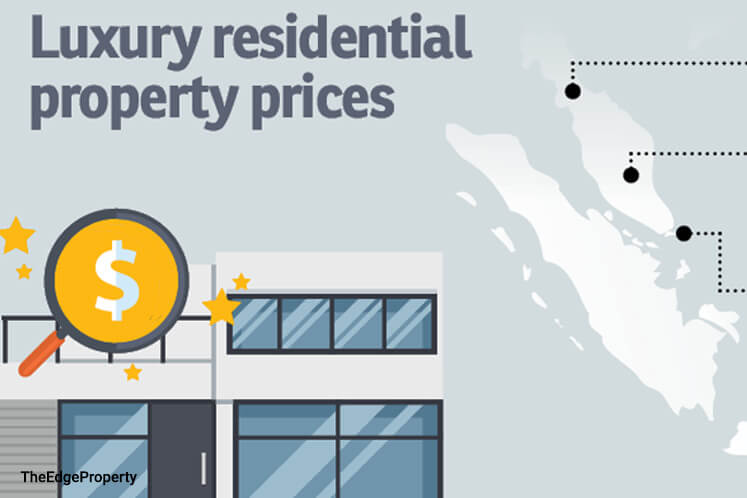 IF you are looking for real estate investment opportunities in Asia, the Association of Southeast Asian Nations (Asean) is definitely the region you shouldn’t miss.

Since its formation in 1967, Asean has grown into one of the most dynamic drivers of today’s global economy.

According to the “Investing in Asean” report published on the Asean official website, the combined gross domestic product (GDP) of the 10 Asean member states stood at US$2.43 trillion (RM10.45 trillion) in 2015. And with an average annual real growth rate of 5.2% from 2007 to 2015, the Asean economy was the third largest economy in Asia and the sixth largest in the world in 2015.

But for real estate investors, which of the Asean countries do we choose to put our money in? You may probably want to look at the big four in the centre of the region — Singapore, Malaysia, Thailand and Indonesia, as their capital cities all present great investment potential in the luxury home market with each attracting a different group of investors, according to Knight Frank Asia-Pacific head of research Nicholas Holt.

According to Knight Frank Research, the five-year capital gain of prime residential property as at the first quarter of 2017 (1Q2017) in Kuala Lumpur was a mere 2.1% while Jakarta (as at 4Q2016) and Bangkok registered a tremendous growth of 123.3% and 51.3%, respectively. Singapore, on the other hand, recorded a drop of 1.3%.

Nevertheless, let’s find out what Singapore, KL, Bangkok and Jakarta have to offer going forward.

Holt says KL offers high quality residential products at lower entry costs compared to some of the other regional markets.

“In terms of pricing, KL is very attractive. And there is no restriction on the property tenure, so foreigners can buy a freehold property subject to price thresholds that vary for different states,” says Knight Frank Malaysia executive director of research and consultancy Judy Ong.

In addition, KL offers lower cost of living compared with other cities, as well as better transportation network with the ongoing and upcoming infrastructure projects, such as the Klang Valley Mass Rapid Transit (MRT) project, the Light Rail Transit line extension project and the proposed KL-Singapore High Speed Rail (HSR), she says.

Although the cooling measures implemented since 2012 have affected the KL luxury residential market with luxury home prices retreating by 1.9% in 1Q2017 from a year earlier, Knight Frank Malaysia managing director Sarkunan Subramaniam notes that the positive GDP data in 1Q2017 and the impending general election may lift market sentiment.

“With the successful completion of the first MRT line serving the Greater Klang Valley, slated for full operations by July, and the proposed HSR which would be a game changer, KL remains on track to become one of the top-most liveable cities in Southeast Asia and even the world,” he says.

In order to boost the attractiveness of KL’s high-end residences, Ong suggests that the government review stamp duties and other costs payable on property transactions including the Real Property Gains Tax.

On top of that, the Malaysia My Second Home programme has to be improved and further promoted. More promotions are also needed to promote the city as a gateway for multinational corporations and international financial institutions.

Meanwhile, given the safe haven status of Singapore, ultra-high-net-worth individuals (UHNWIs) globally are often drawn to invest in the city state, offers Holt.

Singapore is the second-most popular destination for global UHNWIs to own an overseas property, according to the Knight Frank 2017 Wealth Report.

Knight Frank Singapore director and head of consultancy and research Alice Tan says investors and home owners view Singapore as a safe haven and continue to place private residential properties as one of their investment options in the short to medium term.

She adds that there has also been a growth in home prices of ultra-luxury condominiums by 4% y-o-y in 1Q2017.

“The tweak in the seller’s stamp duty holding period from four years to three may provide some reprieve for potential homebuyers to invest in private homes in Singapore.

“However, the unsold inventory of 5,555 units in the CCR, the imposition of additional conveyance duties on developers and the lack of positive indicators on broad-based economic recovery have cast downside risks on demand and price performance of the high-end private homes market,” she notes.

In view of the various conditions and barring unforeseen circumstances, she believes the prices of non-landed high-end private homes in Singapore may fall by 1% to 2% y-o-y in 4Q2017.

“The outlook for 2017 remains cautiously optimistic with opportunities and challenges. Despite the successful local election and tax amnesty programme in early 2017, luxury buyers-investors are still adopting a wait-and-see approach over uncertainties due to the political situation as well as concerns over bank transparency for tax purposes,” he notes.

As a result, a few luxury developers have turned to developing affordable projects in the suburbs, targeting mainly first-time homebuyers while waiting for the luxury market to improve.

Hasan believes the wait-and-see sentiment will likely continue until the presidential election in 2019 subject to a peaceful outcome and improved economic conditions.

Bangkok: Keep an eye on the condos

High-end properties located in the Bangkok Central Business District and city fringe have performed consistently well in recent years with a range of impressive, exclusive projects setting new benchmarks for quality, facilities and price psm, says Knight Frank Thailand research and consultancy director Risinee Sarikaputra. The five-year capital gains from 1Q2012 to 1Q2017 for luxury homes in Bangkok was around 51.3%.

“Thailand remains a very positive long-term investment option as source markets for buyers seem to be expanding continually, giving investors plenty of scope for yields and capital returns,” she says.

Prime property in Bangkok will see limited growth in supply due to the lack of suitable land at reasonable prices. Hence, the selling prices of properties in this segment are estimated to increase further when no new supply is being added while demand is high, she says.

Of note is the rising demand for high-end condominiums in Bangkok. “Condominiums have become the highlight of the Bangkok property scene. The commuting cost and the rapidly changing lifestyles of Thais are the driving forces behind the boom, especially in the downtown condominium market. They attract not only the young, but also the elderly,” says Risinee.