Too early to say when Covid-19 lockdown will end, says UK PM Johnson 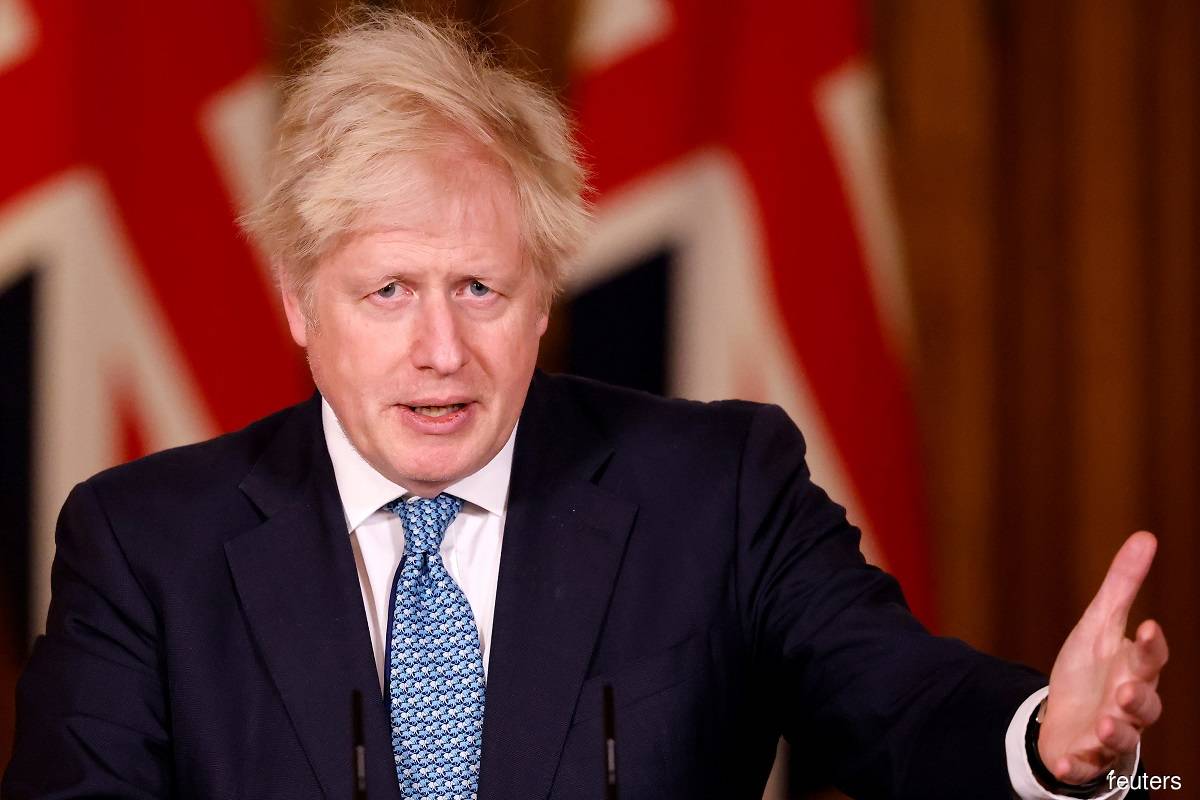 LONDON (Jan 21): It is too early to say when the national coronavirus lockdown in England will end, British Prime Minister Boris Johnson said on Thursday, as daily deaths from Covid-19 reach new highs and hospitals become increasingly stretched.

Britain posted a fresh record in daily deaths on Wednesday for the second day running, figures Johnson has called "appalling".

A prevalence survey, known as REACT-1, suggested infections had not fallen in the first days of lockdown, though the government has said that the impact of national restrictions introduced on Jan 5 was not yet reflected in the numbers.

"I think it's too early to say when we'll be able to lift some of the restrictions," Johnson told broadcasters.

"What we're seeing in the ONS data, in the REACT survey, we're seeing the contagiousness of the new variant that we saw arrive just before Christmas. There's no doubt it does spread very fast indeed."

England's third national lockdown has seen bars, restaurants, and schools mostly closed, with Johnson attributing a steep rise in cases at the end of last year to a more transmissible variant of the coronavirus first detected in England.

Johnson aims to vaccinate high priority groups by mid-February to protect the eldest, the most vulnerable, and front line health staff, before considering whether restrictions can be eased.

Earlier, education minister Gavin Williamson said he hoped schools would reopen by Easter, and that they would have would have two weeks' notice before restarting.

Ministers have appealed to people to stay at home as much as they can to prevent hospitals being overwhelmed and to give authorities time to roll out Covid-19 vaccines.

Meanwhile, the government's top scientific adviser described some hospitals as looking like a war zone.

Joe Harrison, chief executive of Milton Keynes University Hospital NHS Foundation Trust, said the hospital had seen more than twice the number of patients in the second wave than the first, and currently had 186 patients with Covid-19.

"We believe that over the next week or so, we're going to continue to see real pressures in our critical care unit," he told Reuters. "And then hopefully we will turn the corner and things will start to improve."