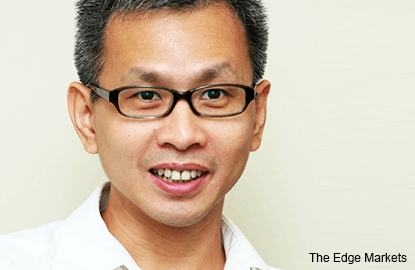 He said that the bipartisan panel concluded its investigations into the controversial project and had finalised its report at the end of 2013 but not tabled then because it was deemed sub-judice to the ongoing trial.

“But we now know the case has ended. The attorney-general (A-G) had retracted the charge (against NFCorp executive chairman Datuk Seri Dr Mohamad Salleh Ismail) and acquitted him of two CBT charges,” he said in a press conference at the Parliament lobby today.

“So since the case in court has concluded, we hope the speaker will distribute the PAC report on NFC during this Dewan Rakyat meeting itself, today or tomorrow so that appropriate action can be taken.”

In June last year, the then PAC chairman Datuk Nur Jazlan Mohamed said the PAC report would not be debated in Parliament after Tan Sri Abdul Gani Patail, then attorney-general, advised against it.

Gani voiced his concerns about tabling the report as it might be sub judice to the case that was going on with the NFC directors, said Nur Jazlan.

Pua earlier said the report contained evidence on the involvement of ministers in the approval process and the failure and negligence of senior officials at both ministries to monitor and manage the RM250 million loan given to NFC.

But today he added that the report should be distributed so that the public would know the truth and that necessary action could be taken against those responsible.

“We hope that the speaker will look into this,” he said.

Salleh, 66, was acquitted of two CBT charges involving RM49.7 million on November 24, following an appeal to the Attorney-General's Chambers (AGC) to drop the charges.

Deputy public prosecutor Syed Faisal Syed Amir told the court that A-G Tan Sri Mohamed Apandi Ali consented to give Salleh a discharge not amounting to an acquittal following a letter of representation sent to AGC in September.

On March 12, 2012, Salleh in his capacity as NFCorp director was charged with misappropriating RM9.7 million to partly fund the purchase of two condominium units in Kuala Lumpur and transferring RM40 million into the account of National Meat & Livestock Corporation, which he owns with one of his sons.

He committed the first offence at the CIMB Islamic Bank branch in Taman Tun Dr Ismail in Kuala Lumpur between December 1 and December 4, 2009, and the second between May 6 and November 16, 2009.

The NFC scandal was first exposed in the 2011 Auditor-General’s Report, which said the cattle-rearing project did not meet its objectives.

This was followed by revelations from PKR's Pandan MP, Rafizi Ramli, that the funds were abused to buy high-end property.

The project was awarded to NFCorp operated by Salleh, whose wife is Wanita Umno head Datuk Seri Shahrizat Jalil, and his family. They were later alleged to have misused the government's allocation of RM250 million for the project. – The Malaysian Insider