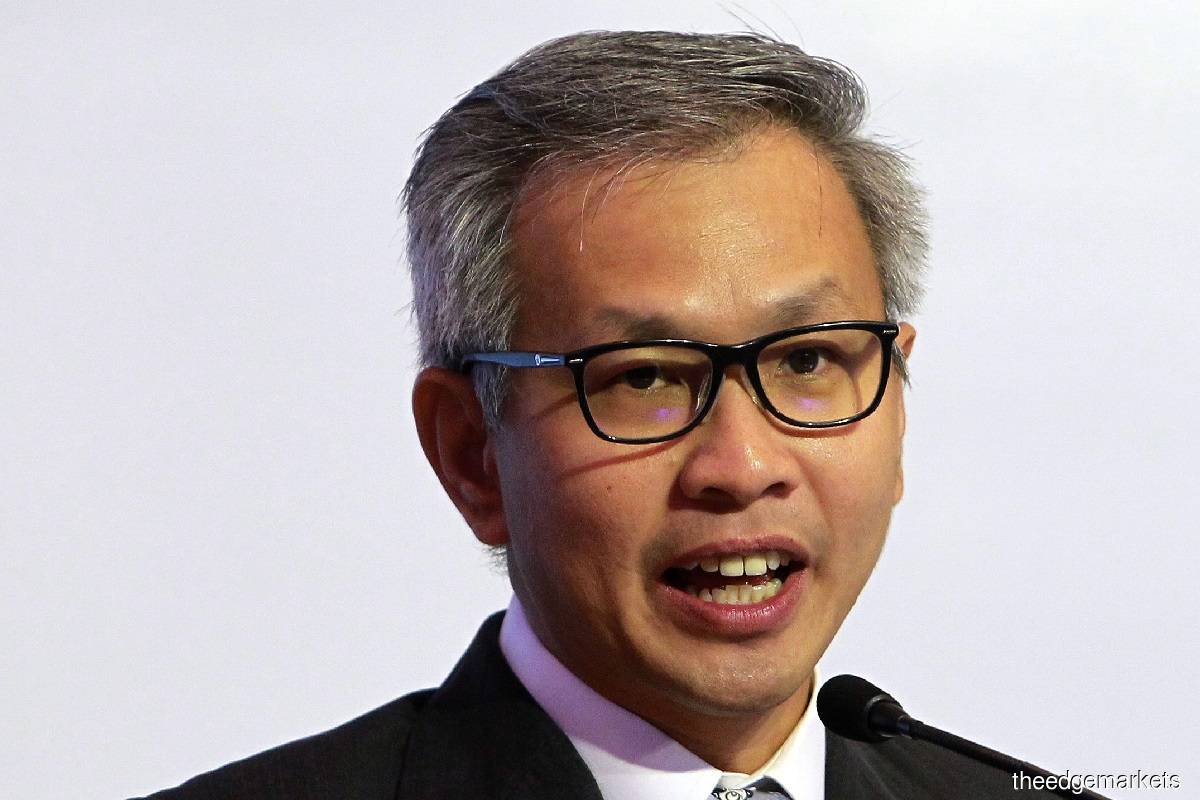 The DAP national publicity secretary said Budget 2022 has failed to address, whether in terms of strategies or measures, an impending budget crisis that is set to befall the government within the next three to five years.

As highlighted in the budget's fiscal outlook, Pua said the Medium Term Fiscal Framework 2022 to 2024 estimated that government revenue will only hit 13.9% of gross domestic product over this period.

"In simple terms, in future, the government will have less funds to spend, invest and influence the economic direction of the country," Pua said in a statement shortly after Finance Minister Tengku Datuk Seri Zafrul Abdul Aziz presented the Budget 2022 at parliament on Friday.

What then becomes a double whammy on the discretionary spending by the government is the accelerating increase in fixed payments and charges, as a percentage of total spend, he said.

These "fixed" expenditures, according to him, include emoluments, retirement charges (pension), debt service charges, grants and transfers to state governments.

For example, emoluments and retirement charges formed 45.5% of operating expenditure in 2018 but will increase to 49% in 2022, he said.

"What is more alarming is the massive rise of debt service charges from 13.2% in 2018 to 18.5% in 2022. In essence, the reckless off-budget expenditure for megaprojects and scandals under the Datuk Seri Najib Razak's Barisan Nasional administration is coming home to roost as the government commences payments for these debts," he said.

Overall, he said, these "fixed" expenditures increased drastically from 62% of operating expenditure in 2018 to 70.9% projected for 2022, which effectively means a major reduction of allocation for "supplies and services", "subsidies and social assistance" and other miscellaneous expenses from 38% (2018) to 29.1% (2022), or an enforced 30.5% cut.

"This 'squeeze' arising from the rapidly expanding fixed charges will culminate in a potential fiscal crisis in the medium term, exacerbated by the declining government revenue as a percentage of the gross domestic product," he said.

Pua also noted taht for the past two to three years, the tightening operating expenditure has been "eased" by the Special Covid-19 Fund separately allocated by the parliament to meet the pandemic crisis.

According to him, much of the government's operating expenditure in the health sector as well as many grants and subsidies are placed under the Covid-19 Fund, however, as the Covid-19 crisis recedes and the country recovers, the access to such extra-budgetary allocation will soon be limited, or shut altogether.

"It is now critical for the Ministry of Finance (MoF) to address how they plan to avert the impending crisis as the measures must be put in place today, and not before it is too late," he said.

Pua commended MoF for agreeing to adopt a series of critical measures proposed by Pakatan Harapan (PH), as part of their extensive engagement provided for under the memorandum of understanding between the government and PH.

Most critically, he said, the government is allocating RM40 billion under "Program Semarak Niaga Keluarga Malaysia" (SemarakNiaga) to assist business recovering from the Covid-19-inflicted economic crisis — covering direct loans, guarantees and equity injection, and the fund is intended for all businesses, big and small.

PH has proposed to the MoF that at least RM30 million must be allocated to assist micro, small and medium enterprises.

Other adopted measures include the proposal to extend SOCSO protection to the self-employed and gig workers.

Tengku Zafrul announced that the contribution scheme has been extended to include farmers and fishermen, hawkers, artists, tour agents and more, benefitting more than 810,000 Malaysians.

Meanwhile, Pua claimed that the government has taken a leaf from PH's budgets for 2019 and 2020 by allocating RM120 million for Chinese and Tamil vernacular schools, and 40 million for registered Sekolah Tahfiz, Sekolah Agama Rakyat and Sekolah Pondok.

Pua also noted that the government has announced a new "JaminKerja" initiative which was allocated RM4.8 billion to provide hiring incentives for the unemployed, up to 30% of the employee's wage. The programme is also extended specifically to women who have not been working for at least a year.

"This is a revival of the Malaysians @ Work programme which was announced by PH for Budget 2020 but abandoned by the Perikatan Nasional government," he said.

He further noted that the government has extended the MySalam scheme to assist the B40 inflicted by critical illnesses and hospitalisation to include the children of the beneficiaries. 125,000 patients have benefitted from this programme introduced by PH to the tune of RM180 million.

"Unfortunately, our request for the programme to be extended to the M40, as promised under PH's Budget 2020, has once again been ignored," said Pua.

Noting that the budget has allocated a RM2 billion strategic fund to attract strategic foreign direct investments by multinational corporations, Pua claimed that this effectively revives another PH Budget 2020 measure which was abandoned by the Muhyiddin government.