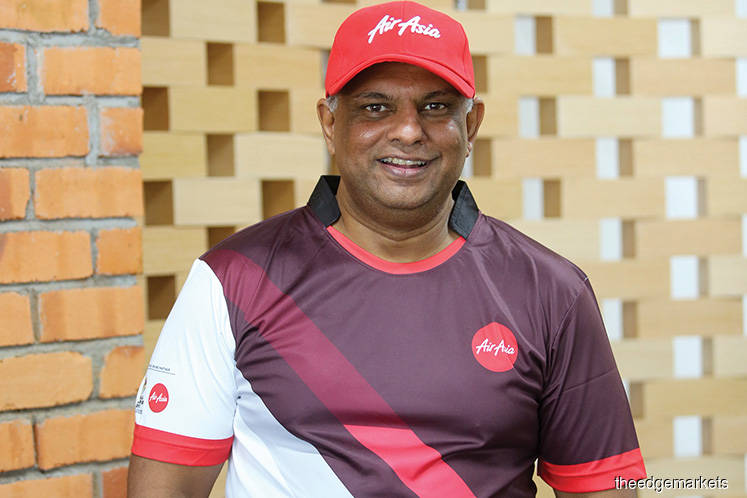 Fernandes said via Twitter today that AirAsia told EPF CEO Tunku Alizakri Alias and senior executives that the airline wants its low-cost model to be appreciated and MAHB to partner AirAsia in promoting low-cost airports.

"There is so much momentum on low cost airports. I think for consumers, airport tax is only going down. Most countries want low cost terminals. They now see the fact that airports don't fit all and that to really capture both markets, they need low cost airports and full service airports," Fernandes tweeted.

Fernandes tweeted this today after Alizakri said yesterday the EPF is very concerned about the AirAsia-MAHB airport tax dispute, which has become very public.

Alizakri said the disagreement reflects badly not only on both companies but also on Malaysia.

theedgemarkets.com quoted Alizakri as saying that while the EPF had sent letters to AirAsia and MAHB to express the fund's concern over the matter, the EPF is not in a position to arbitrate in the dispute and instead is acting as a typical concerned investor.

It was reported that MAHB is suing the low-cost carrier group for a combined RM36.11 million in outstanding PSC collection via two parallel civil suits in the Kuala Lumpur High Court.