THE local bourse’s benchmark index recovered from a slight dip at midday to close in positive territory on Tuesday, aided by the positive sentiment from regional markets which closed mostly higher. Market breadth, however, was negative with losers outperforming gainers by 1.7 to one at the close.

Investors took comfort from signs of continued loose monetary policies, as Japan, Europe and China have all showed signs of monetary easing measures to support their economies. However, Brent crude fell for a second day to $79 per barrel as OPEC considered exempting three members from potential production cuts when it meets this week.

On the local front, sentiment was also boosted after the IMF said Malaysia was on track to achieve the 2014 federal budget deficit target of 3.5%, which could further decline with the subsidy removal.

After selling a large portion of my portfolio last Wednesday, I am now 36% invested and hold only two stocks, namely Willowglen and Crescendo. Both were down 1.2% and 0.4% respectively, yesterday. 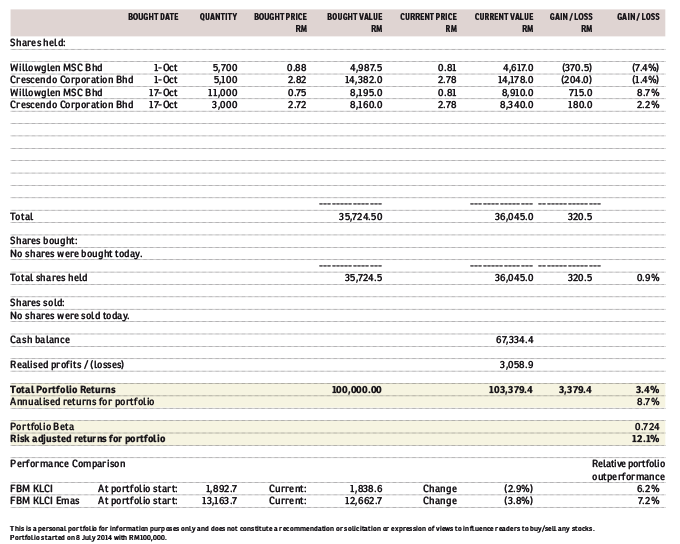 This article first appeared in The Edge Financial Daily, on November 26, 2014