Japan emerged as the region’s top gainer, with the Nikkei 225 extending its gains to a 15-year high at 18,466.92. Markets in China and Taiwan were closed yesterday for the Lunar New Year holiday.

Closer to home, the FBM KLCI rose marginally by 1.5 points to 1,809.39. Market breadth was slightly positive with gainers outpacing decliners by a slim 1.1 to 1 ratio. Currency wise, the ringgit weakened further against the greenback at RM3.64.

Meanwhile, crude oil slid below $60 per barrel yesterday, with Brent crude and WTI crude trading at $59.87 and $50.51 per barrel respectively at the time of writing.

As highlighted by our momentum algorithm on The Edge Markets, I bought shares in the following companies yesterday after they exhibited positive momentum.

I disposed of my entire stake in Pohuat Resources Holdings Bhd, registering a gain of 2.4%.

My portfolio has gained 3% since inception, and has outperformed the benchmark KLCI by 7.4% 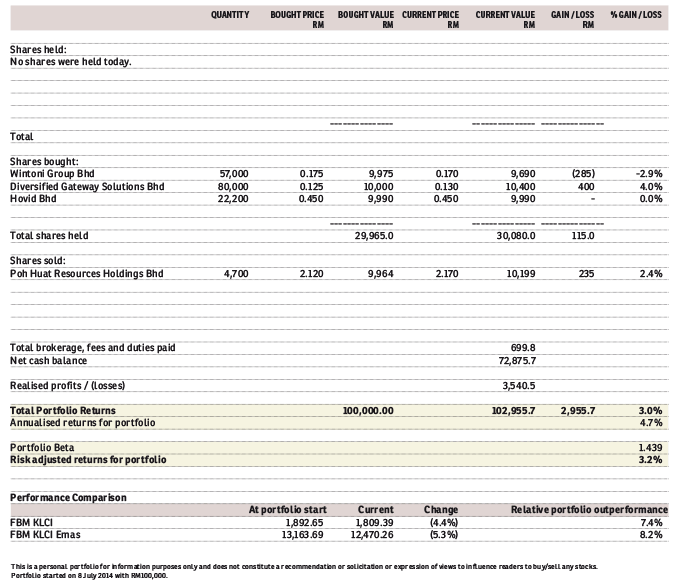