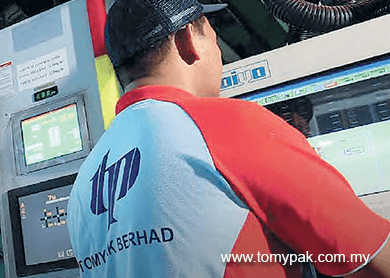 The company declared a 1.5 sen dividend per share, in line with our expectations.

Since mid-2013, Tomypak’s quarterly revenue has been on a downtrend and as such, we were surprised by its sharp profit margin recovery since the 3QFY14 results.

Its competitor Daibochi has experienced rising quarterly revenue since early-2014 but has been facing higher cost pressures in areas such as electricity, labour and raw materials.

Daibochi’s cheaper raw material prices in US dollar were offset by the weaker ringgit and it should be the same for Tomypak.

We need to see Tomypak maintain its profit margin over the next few quarters to be convinced that its quarterly earnings are sustainable.

Its 1QFY15 cash flow statement shows that the company invested RM12 million in capital expenditure, likely for the purchase payment for 10.4 acres (4.2ha) of industrial land in Kulai, Johor.

We estimate that it might need to borrow another RM15 million to RM20 million for new machinery. — CIMB Research, May 29 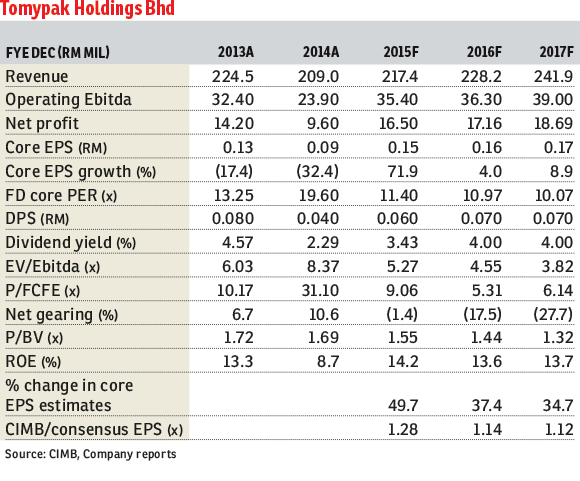