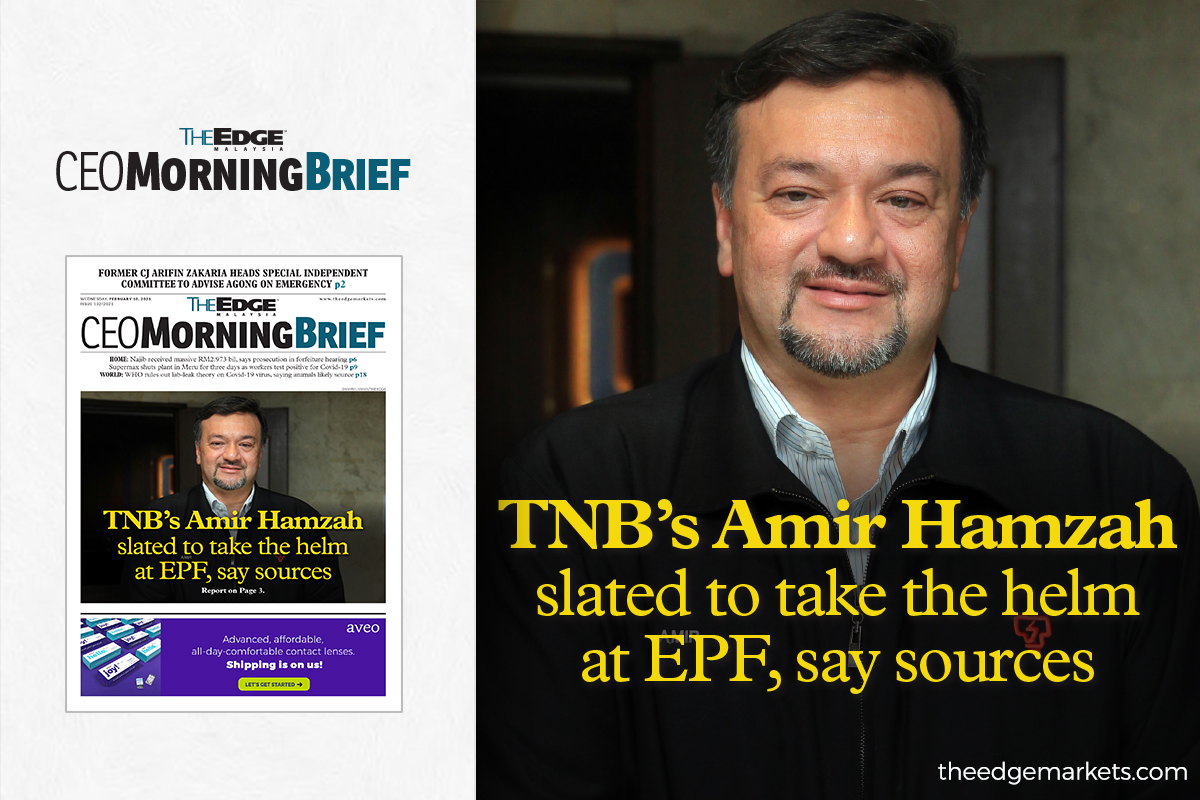 KUALA LUMPUR (Feb 10): Tenaga Nasional Bhd’s (TNB) president and CEO Datuk Seri Amir Hamzah Azizan is heading to the Employees Provident Fund (EPF) to take the helm as the CEO of the provident fund, according to sources.

This will mark the second change in leadership at EPF in three years, after incumbent CEO Tunku Alizakri Alias had taken over from his predecessor Datuk Shahril Ridza Ridzuan in August 2018.

Prior to being CEO, Alizakri was Shahril's deputy at the provident fund.

Shahril, the current managing director of Khazanah Nasional Bhd, is also believed to be leaving the group.

Amir Hamzah started his career as a marketing credit accountant at Shell Singapore Petroleum Co (Pte) Ltd in 1992, and later served in various capacities within the Shell group, including as corporate finance advisor at Shell Malaysia Ltd in 1993 and senior treasury advisor at Shell International Ltd in 1997.

Slightly more than a year later, Amir Hamzah was brought into TNB in April 2019 during the Pakatan Harapan Government’s push for the liberalisation of Malaysia’s power industry, tasked with the transformation of the group to further improve transparency and efficiency.

Although the Perikatan Nasional Government has taken over since, he told The Edge in September last year that the transformation plan was still on track.

He will not be able to see through to the completion of the transformation of one of the oldest GLCs in the country — a challenging task no doubt. Nonetheless, it might not be a cosy job at the provident fund too, Amir Hamzah will be faced with different hurdles along the path to ensure the public, particularly the low-income earners, save up enough for their retirement.

He will have to shoulder the burden of the provident fund, which is currently balancing between helping the rakyat address their needs in the current circumstances via the hotly debated i-Sinar withdrawal facility, as well as ensuring its contributors have enough savings for their retirement.