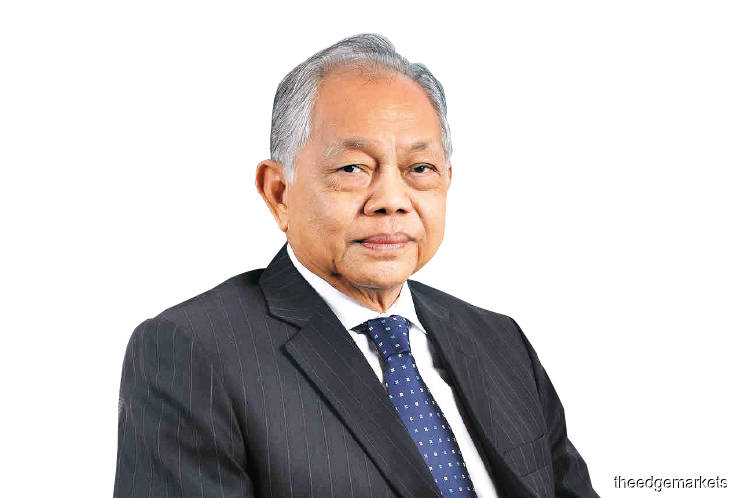 KUALA LUMPUR: The board of directors at Tenaga Nasional Bhd (TNB) has extended Tan Sri Leo Moggie’s term as the utility giant’s chairman for another year, a source close to the matter told The Edge Financial Daily.

The former energy minister and former Parti Bansa Dayak Sarawak president was appointed to the post in 2004 by the Minister of Finance Inc (MoF Inc) and has held it since. His current tenure as TNB chairman will come to an end next month.

It is interesting that the new Pakatan Harapan government is retaining Moggie as TNB chairman, given the wave of changes seen in the leadership of some government-linked companies following the 14th general election (GE14). Some prominent figures who have either resigned or been removed from their positions include Telekom Malaysia Bhd’s Datuk Seri Mohammed Shazalli Ramly and Tan Sri Habibul Rahman, who was on the board of Malaysia Airlines.

Last year, TNB also saw two of its directors — Datuk Abdul Manad Hashim and Datuk Sakthivel Alagappan — choosing not to seek re-election during the group’s annual general meeting as the two felt they might be seen as politically linked.

Moggie, 77, himself is keeping mum over his extension. He declined to comment when asked about the matter during TNB’s Chinese New Year celebration last Thursday.

Khazanah Nasional Bhd is the largest shareholder of TNB with a 28.8% stake, followed by the Employees Provident Fund with 13.2%, according to Bloomberg data.

In return to queries from The Edge Financial Daily, a spokesman for MoF Inc said there is no statement regarding Moggie’s extension as at press time. An officer at the Prime Minister’s Office also said they are not aware of the matter. Khazanah, when contacted, declined to comment. TNB, meanwhile, said they are unaware of the chairman’s future and that any announcements pertaining to that will be filed with Bursa Malaysia.