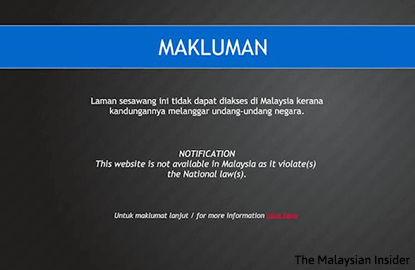 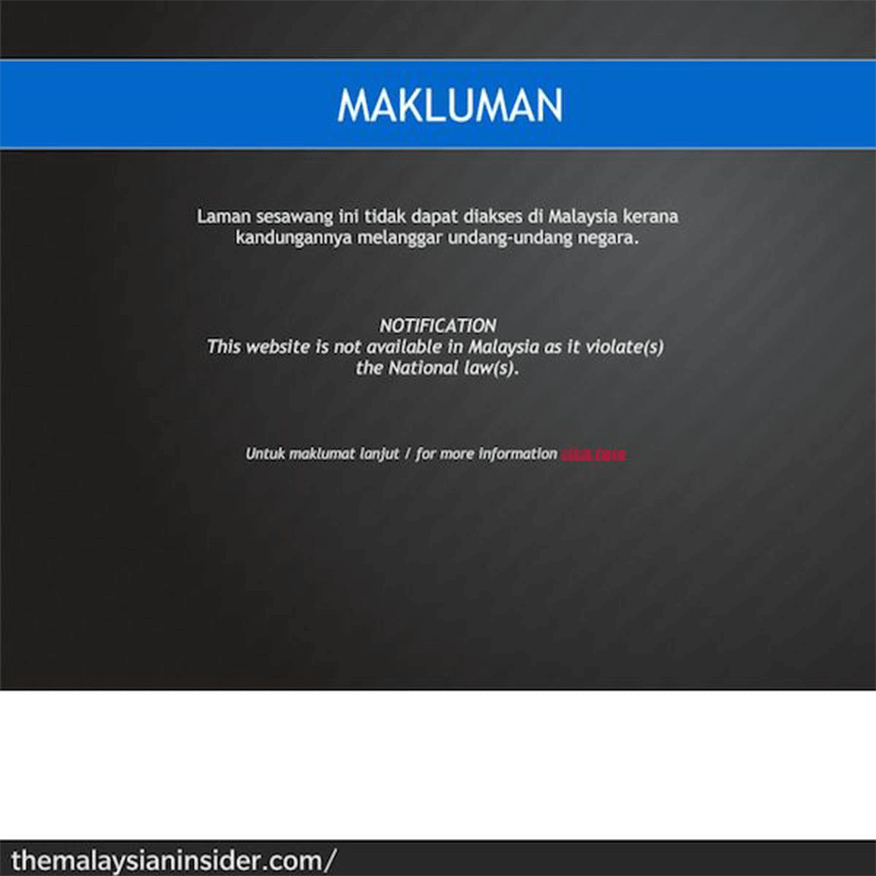 "We will issue a statement," he told The Malaysian Insider.

It had wanted this as the nature of the offence might affect national stability, public order and harmony, and economic stability.

Several readers alerted The Malaysian Insider when they discovered they were unable to access the news portal as it had been "banned" by MCMC.

Some readers using Celcom and Unifi, both provided by state-controlled firms, complained about the block.

Some using Maxis however said they could still access the site on their phones, despite the directive that all ISPs block the site.

Blocked users were greeted with a note that said the news portal had flouted Malaysian laws.

However, no notice was sent to The Malaysian Insider about flouting any laws.

"This is an unpleasant surprise. MCMC has replied to my query and said they will issue a statement," editor and chief executive Jahabar Sadiq said today.