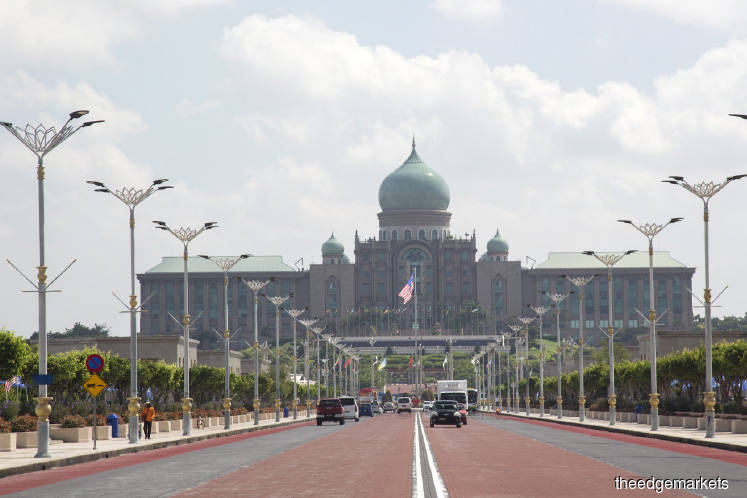 KUALA LUMPUR: Last week, Putrajaya revealed that 100,000 civil service positions can be removed permanently without affecting the overall quality of the civil service.

“For all the positions created, [whether] they be filled or not, the government has to allocate the appropriate emoluments or budget for them,” he explained to The Edge Financial Daily. “Therefore, in recognising and cutting down these unfilled positions, substantial savings could be made,” Md Farid said.

For 2019, public sector emoluments are expected to increase 0.88% year-on-year to RM82.05 billion, while retirement charges are slated to rise 3.1% to RM26.56 billion. Together, these two components would push the total civil service bill to RM108.61 billion, about 34.5% of the entire budget for 2019 of RM314.5 billion — in contrast with just RM54.7 billion representing 17.4% of the budget that is allocated for development spending to stimulate growth in the long run.

The civil service alone makes up 41.8% of the government’s total operating expenditure of RM259.8 billion. To afford this, the federal government will have to fork out 41.5% of the RM261.8 billion revenue it expects to collect for 2019.

Against this backdrop, it has been widely reported that Malaysia has a civil service-to-population ratio of 1:20, which is one of the highest in the world. This compares with a ratio of 1:50 for South Korea, 1:71 for Singapore and 1:110 for Indonesia, according to reports in 2017.

The RM2.1 billion that can be saved annually from cutting down the 100,000 vacant positions may not seem like a great deal, but about the same amount — RM2 billion — was used to kick-start the recently-launched health protection scheme, MySalam, to provide medical coverage for the 40% of households with the lowest income, the B40 group, in the country.

By announcing that only vacant positions will be cut “for now”, the Pakatan Harapan administration appears careful not to cause undue upset among its current employees, which are essentially a huge vote bank. As the first new government in over 60 years, and given the recent setbacks in two back-to-back by-elections, it is seen as an understandably necessary balancing act, which is perhaps why Md Farid told Dewan Rakyat that while Putrajaya will review pension schemes, it is only for new employments. “For existing civil servants and pensioners, the pension scheme is maintained,” Md Farid said.

Still, a message has been sent. Citing overspending in operating expenditure, Md Farid said the government will only be ready to consider increments for the civil service when the sector is “able to become more productive”.

He further said the national privatisation policy, which was launched in 1983 partly to reduce the government’s financial burden and increase productivity at the time, “is still relevant to resolve the issue of the number of civil servants that is seen as being too big and which implicates [our] finances”. “The government assures that the transition will not affect the nation’s management,” he added.

How the civil service will take such news remains to be seen.

But the three moves — a halt in increments, job vacancy elimination and pension scheme reviews for future employees — “are useful first steps” to address the cost of the civil service to the government, said Malaysian Institute of Economic Research senior research fellow Dr Shankaran Nambiar.

It should be noted that civil service emoluments alone had jumped from RM38 billion in 2009 to RM82.5 billion in 2019, representing an 8.06% increase per year.

“The increment halt is in order, given the upward adjustments that have been handed out in recent years,” Shankaran told The Edge Financial Daily.

“Increments should be tied to growth rates. Similar steps [on increments] should be taken for GLCs (government-linked companies). The reward structure has to be reviewed,” he said.

“GDI (gross domestic income)-linked increments could be part of the package for new recruits,” he added.

Many commentators have been calling for a reduction in the size of the civil service but it is not feasible to be put in place immediately, said Shankaran.

“The legal implications that come from affecting existing employments and obligations might be difficult to handle. It is easier to manage its current vacancies and future recruitments, as a start. [So] I see these adjustments [by the government] as a more viable path to the transformation of the civil service,” he added.