Tiong Nam shares get a lift from Covid-19 vaccine news 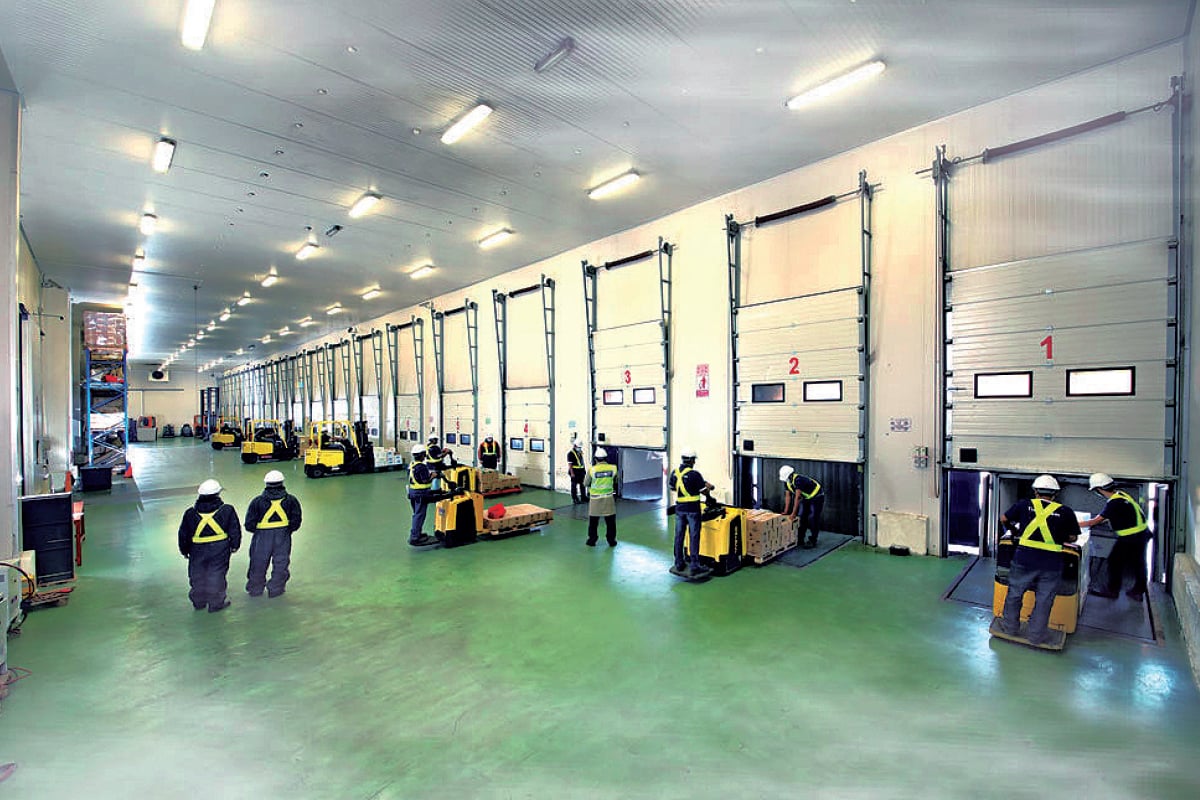 Tiong Nam is one of the largest cold room service providers in Malaysia with over 300,000 sq ft of capacity. (Photo by Tiong Nam)

JOHOR Baru-based Tiong Nam Logistics Holdings Bhd, whose shares have been trending downwards over the last three years, saw a sudden surge in interest last week on news that Covid-19 vaccines could be available soon.

Logistics players like Tiong Nam that operate cold-chain facilities are perceived as beneficiaries from the handling, storage and distribution of the vaccines.

According to news reports, distribution of the coronavirus vaccine developed by Pfizer and BioNTech is complicated by the need to store it at ultra-cold temperatures of minus 70°C. The Moderna vaccine, meanwhile, can be kept for up to six months at -20°C, although it is expected to be stable for 30 days at normal refrigerator temperatures of between 2°C and 8°C.

Tiong Nam group founder and managing director Ong Yoong Nyock concedes that it stands a good chance of becoming one of the logistics providers for the Covid-19 vaccine. However, he is quick to play down the hype surrounding the group. “We have received several enquiries about our cold chain services … it is still at a very early stage. Nothing is concrete at the moment. As far as we are concerned, there are only two major cold room service providers in Malaysia — Tiong Nam and Tasco (Bhd). Only the two of us have the capability to become logistics providers (of the vaccine), so I am pretty sure we will get a slice of the pie,” he tells The Edge when met in Kuala Lumpur.

Shares of Tiong Nam had declined sharply from about RM1.80 in August 2017 to a multi-year low of 29.5 sen in March this year, before recovering to close at 58 sen last Monday.

However, last Tuesday, the counter surged 14 sen or 24% within a day to settle at 72 sen. It closed at 68 sen last Friday, giving the company a market capitalisation of RM313.96 million. Tasco, meanwhile, gained 7% within a week to settle at RM2.61 apiece last Friday. Its share price has risen 28.5% over the past month.

While Covid-19 vaccines may present new business opportunities for Tiong Nam, media-shy Ong does not appear to be overly excited.

“The share price of Tiong Nam shot up as some investors and research analysts begun to realise that we could be one of the beneficiaries. But personally, I don’t think this will contribute very significantly to our group,” he says.

“To us, the transport of Covid-19 vaccine is just a bonus. We will not be reliant on it. Even without the vaccine, our logistics and warehousing businesses have been doing pretty well,” he adds.

Still, he recognises that the storage and transport of Covid-19 vaccines could provide Tiong Nam with a consistent, extra income stream in the long run.

“As it is, the vaccines will not protect us for a lifetime. We will probably require additional doses later. Short term-wise, I don’t think our shares are particularly attractive. But in the mid-to-long term, I believe Tiong Nam is a very good company (to invest in),” Ong says. Tiong Nam is one of the largest total logistics service providers in Asia-Pacific. It has grown from a mere transport business to one that provides fully-integrated logistics solutions, including warehousing, customs brokerage, cold room facilities, express delivery, as well as crane and heavy transport services. Notably, Tiong Nam had, in 2010, ventured into commercial and industrial property development for warehouses and factories. Three years later, the group opened its first automated storage and retrieval system (ASRS) warehouse.

“Our strength is that we have a strong distribution network. Currently, we have warehouses with cold room facilities in Johor Baru, Kuala Lumpur and Butterworth, and we are building new ones in Kuantan and Melaka,” notes Ong.

For perspective, Tiong Nam operates about 90 warehouses across the country, about 10 of which are equipped with cold room facilities.

According to Tiong Nam’s website, the group is one of the largest cold room service providers in Malaysia with over 300,000 sq ft of capacity for varying needs — frozen (minus 18°C and below), chilled (2°C-4°C) or ambient (28°C-30°C). Its cold rooms come with mobile racking systems for maximum utilisation.

Its multi-temperature capabilities enable the company to serve a wide range of customers, storing products ranging from chocolate, chemicals and camera films to raw materials used in aircraft production.

Other customers include tobacco firms, electronics companies and fast-moving consumer product providers, as well as food and beverage manufacturers and distributors of perishable items such as fresh fruit, eggs and poultry products.

To complement its cold chain, Tiong Nam’s trucks are also equipped to store and transport goods in numerous conditions, providing not only ambient, air-conditioned, chilled and frozen storage, but also deep-freezing treatment (-25°C). The group currently has a fleet of 2,000 vehicles, of which 10%, or about 200 vehicles, are refrigerated trucks.

“If we want, we could turn all of them into refrigerated vehicles, but there is no such need. The volume of Covid-19 vaccines is actually not big for us. Just imagine, the size of the vaccine is so small. Therefore, we would probably need only one refrigerated truck in each location for transporting the vaccines,” Ong estimates.

The Edge has learnt that Tasco and Tiong Nam can operate cold chains at close to minus 30°C. To operate at ultra-cold temperatures of minus 70°C, they may need to invest in some machines and make some adjustments.

To this, Ong says: “It shouldn’t take too long, and it won’t cost us a bomb. We would probably need two to two-and-a-half months to make these adjustments.”

He adds that it is not easy for new entrants to enter the cold storage space as it is capital intensive. According to him, some logistics players may have refrigerated vehicles, but most of them do not operate cold rooms. Even if they do, it is more for internal use, and not for commercial purposes.

“Building a cold room isn’t as simple as setting up a warehouse, because the cost of the built-up areas is about RM500 to RM550 per sq ft. You need time, experience, customer base and network. But to us, it is not a difficult task at all.”

The 67-year-old Ong has over 40 years of experience in the logistics industry. He started the business in 1975 with a small fleet of trucks to transport general cargo in Johor.

“Tiong Nam has 45 years of history. We have established strong networks not just in Malaysia, but also in China, Vietnam, Laos, Thailand and Myanmar. It takes years to build up such contacts and networks. We would like to think that Tiong Nam has the best network in the country. We have warehouses in almost every state,” he says.

Tiong Nam posted a profit before tax (PBT) of RM12.51 million on revenue of RM603.03 million in the financial year ended March 31, 2020 (FY2020). Although its logistics and warehousing services division generated a PBT of RM30.05 million, the group’s profitability was dragged down by its hotel and dormitory division, which recorded a loss before tax of RM16.87 million.

Tiong Nam ventured into the hotel business two years ago, with the 297-room Fraser Place Puteri Harbour. The 25-storey hotel in Johor Baru is the group’s first high-rise luxury hotel and serviced apartment project in Malaysia.

Asked about Tiong Nam’s long-awaited warehouse real estate investment trust (REIT), Ong says: “We are still considering it and will make a decision soon. Our main considerations are the valuation and timing.”

“We own 90% of the 90 warehouses that we operate. Our competitors only own 20% to 25% of their warehouses and that is why their gearing is lower than ours. Our initial investments are higher because we have to factor in the depreciation cost and all that. But in the long run, we believe owning the properties is a better move.”