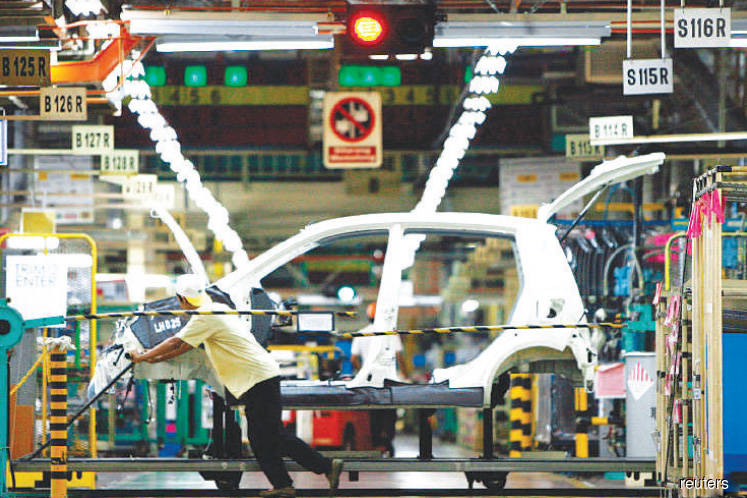 On paper, the board change has cleared the way for Med-Bumikar to accept UMW Holdings Bhd’s RM501 million offer for its 50.07% stake in MBMR.

However, several hurdles remain and raise uncertainty about whether the company will actually accept the offer. The latest deadline is Oct 30, just over two weeks away.

The Edge understands that UMW remains keen on the stake, and its majority shareholder Permodalan Nasional Bhd (PNB) remains supportive of the proposed rights issue to fund the acquisition.

Essentially, the ball is now in the Mara-led faction’s court after it fought hard to gain board control of Med-Bumikar. Mara has a 29% stake in the company, and is backed by others that hold over 23% collectively.

To recap, shareholders’ disagreement over the UMW offer culminated in a court tussle between the two sides for board control.

The minority side had argued that only the board can accept or reject the offer.

In July, the High Court invalidated two court appointments from the minority faction in favour of the Mara side’s own two nominees, which gave the latter majority control over the nine-member board.

That said, the invalidation did not include Abdul Rahim, who The Edge understands was up for reelection last month in an annual general meeting.

Records show that Abdul Rahim was removed on Sept 4. Taking his place is Iskander Ismail Mohamed Ali. The replacement shifts the board composition in favour of the Mara-led faction, with five directors to four from the other side.

It is learnt that Abdul Rahim, who is still chairman of MBMR, will retire from the listed group in the coming months. He had been its managing director until 2006.

Note that Iskander is no stranger to MBMR, having been on the board since 2008. His late father, Tun Ismail Mohamed Ali, was the second governor of Bank Negara Malaysia and brother-in-law to Prime Minister Tun Dr Mahathir Mohamad.

UMW, which has 38% equity interest in Perodua, is eyeing the 22.58% stake held by MBMR. Recall that UMW separately offered to buy a 10% stake in Perodua from PNB.

There are three hurdles that may pose a dilemma for the new Med-Bumikar board.

The first is that UMW’s offer price — RM2.56 per MBMR share — was deemed too low by both factions in Med-Bumikar.

While UMW argued that the offer was a fair 16.36% premium to the counter’s market value then, Med-Bumikar wanted something closer to RM3.68 per share, which is the net tangible asset value underlying the shares.

The previous board, led by Abdul Rahim, had rejected the offer outright while the Mara-led faction wanted to negotiate further.

UMW was adamant about not raising the offer price. At the time of writing, The Edge understands that no active negotiation is taking place on the offer price, with the deadline drawing near.

In the meantime, the initial excitement over UMW’s intention to privatise MBMR has faded.

The stock had risen 20.8% from March 9, when the offer was announced, to touch RM2.64 by late May. But it had since shed those gains to close at RM2.02 last Friday.

While it is possible for UMW to extend the deadline for a third time, the second hurdle — the vehement opposition from Perodua’s Japanese technical partner — is more difficult to overcome.

Since the offer was made public in March, Daihatsu Motor Co Ltd (DMC) — which has a 30% stake in Perodua — had written twice to express its displeasure and objection to UMW’s intention to gain majority control.

UMW had persistently maintained that lines of communications with DMC remain open and that it is engaging the Japanese firm.

While DMC is part of the Toyota Group, which is UMW’s partner for its own auto business, it is understood that Toyota is letting DMC decide on the matter.

In the letters previously sighted by The Edge, DMC had highlighted clauses in the original shareholders’ agreement that gave other Perodua shareholders the right of first refusal should any shareholder wish to sell.

It also said it entered into the Perodua joint venture 25 years ago because no one had majority control, and called the proposed acquisition an “affront to the spirit and objectives” of the original partnership.

“We vehemently object to this acquisition and hereby give notice that Daihatsu will review its position as the technology partner of Perodua if the acquisition proceeds,” DMC wrote in the second letter dated May 2.

Given that DMC had initially requested an explanation from UMW over the matter in March, the second letter signalled that it was dissatisfied with what the latter had to say.

And a third complication hangs in the air — the change in federal government since the 14th general election last May, which sparked sweeping changes in key institutions, including Mara.

This raises the possibility that Mara may eventually decide not to proceed with its original intention to drive Med-Bumikar’s sale of its MBMR stake.

It is worth noting that Mara’s investment in Med-Bumikar is held directly by the agency and not via its investment arm, Pelaburan Mara Bhd.

It is doubtful that the agency would then come to a decision on such short notice with just two weeks left to deliberate.