Time is running out for SIPP 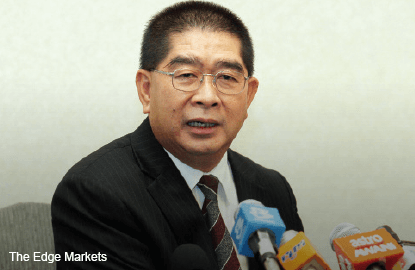 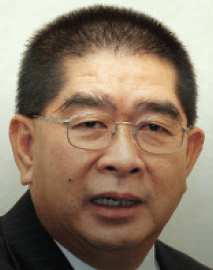 SIPP Energy Sdn Bhd has until Sept 28 to complete the submission for the 1,100mw to 1,400mw combined cycle gas turbine power plant project in Johor known as Project 4A. But since it lost Tenaga Nasional Bhd (TNB) as a partner to develop the project, the company may find it difficult to meet that deadline.

Nonetheless, Minister of Energy, Green Technology and Water Datuk Seri Maximus Ongkili tells digitaledge Weekly that SIPP does not need an extension yet as “they (SIPP) still have time to meet the deadline”.

“I understand that they (SIPP) have already found a new partner, but I can’t tell you who that is,” he says on the sidelines of the International Greentech & Eco Products Exhibition & Conference Malaysia.

However, channel checks with the major power producers in the country — TNB, Edra Global Energy Bhd, Malakoff Corp Bhd and YTL Power International Bhd — show that none has agreed to partner SIPP for the project.

Against this backdrop, it is understood that the Energy Commission (EC) has moved to withdraw the project from SIPP if it cannot meet the deadline. Recall that the project has already been given a two-month extension earlier this year due to a disagreement in the shareholding structure between TNB and SIPP, back when the two were still working together.

Following the EC’s decision, industry sources say SIPP escalated the matter when it brought it to the attention of the prime minister, who in turn left the decision in the hands of Ongkili.

For now, however, the ball is still in SIPP’s court. If it cannot find a partner, it will have to forge ahead on its own for the submission deadline, and count on a third party to buy equity in the project at a later stage.

The question is, can SIPP take on the project alone?

Arguably, SIPP has very strong links. It used to have the Sultan of Johor as a major shareholder with a 51% stake. However, the latest check on the Companies Commission of Malaysia’s website shows that Daing A Malek Daing A Rahaman now controls 70% of SIPP while Anuar Ahmed owns the remaining 30%.

Without strong support from its shareholders, it doesn’t appear there will be a way for SIPP to get the project off the ground. Nevertheless, SIPP could still make a submission with the technical work it has already completed with TNB. The challenge would be convincing the EC that it can reliably raise the money to fund the project.

With delays to the 2,000mw Project 3B that was originally awarded to 1Malaysia Development Bhd and poor operational performance at several other plants, the EC is under pressure to ensure that there is enough new capacity in the pipeline. The national grid cannot afford to have Project 4A stuck in limbo.

The other challenge for SIPP is to submit a tariff proposal to the EC that is low enough. Recall that TNB and SIPP’s first submission of 39.19 sen per kWh was rejected by the EC. A revised tariff of 36.7 sen per kWh was also rejected.

Also recall that Project 4A was directly awarded to SIPP without a tender in March last year, with a condition that the tariff be benchmarked to TNB’s plant in Prai — 34.7sen per kWh.

“The EC is willing to make adjustments for changes in interest rates and exchange rates. But the rate that was submitted was simply too high,” says one industry veteran with knowledge of the matter.

In fact, it should be easier for SIPP to match the rate of the Prai plant because Project 4A is for a higher capacity — 1,400mw compared with Prai’s 1,071mw — and has better economies of scale.

In the meantime, the other power producers are keeping a close eye on Project 4A. If SIPP cannot deliver it, the EC probably has to give it to another player via a direct award.

Recall that one of the reasons the EC gave for awarding the project to SIPP on a direct basis (as opposed to an open tender) was to ensure that the capacity would be developed on a timely basis. The commercial operation date for Project 4A is supposed to be June 2018.

Given that it typically takes 30 months or more to build such a plant, there is simply no time for the EC to retender Project 4A via an open tender.

Furthermore, the more a project is fast-tracked, the more the cost will escalate and ultimately, the consumer will have to bear the cost. Meanwhile, SIPP’s liability is limited to a performance bond of several million ringgit.