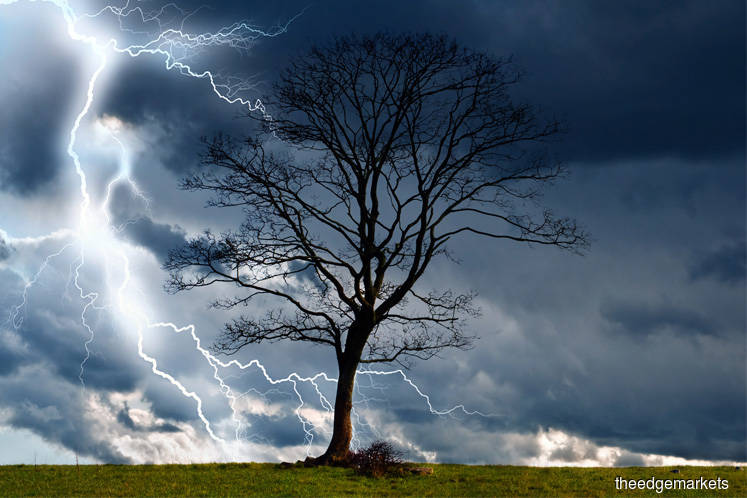 KUALA LUMPUR (June 19): Thunderstorms, heavy rain and strong winds expected over parts of Sarawak and Kedah on Tuesday, according to a warning by Malaysian Meteorological Department

* Thunderstorms, showers forecast for parts of Sabah and Johor on Tuesday

In China, thunderstorms forecast for parts of the northeast until Wednesday, with as much as 40mm of rain an hour likely to fall in some places, according to China’s National Meteorological Center.

* NOTE: Northeast is the country’s major corn- and soy-growing area

* Center also sees a high risk of corn pest outbreaks in parts of Heilongjiang, Jilin and Liaoning due to the moist weather

In Vietnam, widespread showers seen across Vietnam’s Central Highlands region throughout the week, Radiant Solutions says in a note emailed on Monday

In Indonesia, showers should build across Sumatra and possibly Java this week

* Showers in southern Sumatra, eastern Java may slow coffee harvesting, but no major delays are expected

In India, rains will remain widespread in Karnataka, Kerala; while Tamil Nadu will be drier

** Soil moisture has slightly declined in northern Tamil Nadu, but no notable dryness is expected to develop this week