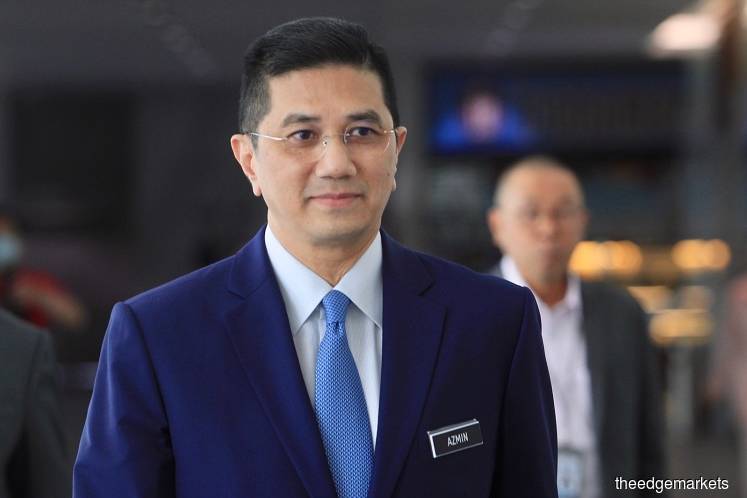 KUALA LUMPUR (July 2): A travel agency, which is suing Datuk Seri Mohamed Azmin Ali and his family over alleged unpaid bills, said it had been unable to serve a copy of the suit on three of the senior minister’s children.

Only one of Mohamed Azmin's children, 29-year-old Farah Shazliyana, had been served with the writ of summons, YHA Travel & Tours (M) Sdn Bhd claimed in an application in the Sessions Court today.

YHA filed its suit on Nov 2 last year, claiming that the trade and industry minister and his family members owe the travel agency some RM329,000 in alleged unpaid bills incurred for several trips, including Mohamed Azmin’s much-publicised Sandakan visit during the by-election there last year.

Today’s application was for the court to allow substituted service against Farah Afifah, 24, Farah Amira, 26, and Mohamed Ameer Shazrin, 28.

No reasons were mentioned for the company’s failure to serve the writ on the three siblings.

According to YHA's statement of claim that was sighted by theedgemarkets.com through a file search, Mohamed Azmin had been a customer of the travel agency for 20 years.

The company claimed Mohamed Azmin would normally settle his bills within three to four months but in this instance, the payments have been outstanding for far longer.

It was referring to family trips made between Sept 10, 2018 and Aug 5 last year, including to Marrakech, London, Jakarta, the Gold Coast, Dubai, Geneva, Singapore, Bangkok, Barcelona, and Santorini.

The company also provided the itineraries of Mohamed Azmin's trips to Hanoi and Kota Kinabalu between Sept 14 and Sept 16, 2018, and to Sandakan on May 10 and May 11 last year, which was during the Sandakan by-election.

The company claimed it sent a letter of demand to Mohamed Azmin on Aug 27 and another on Sept 30, but received no responses.