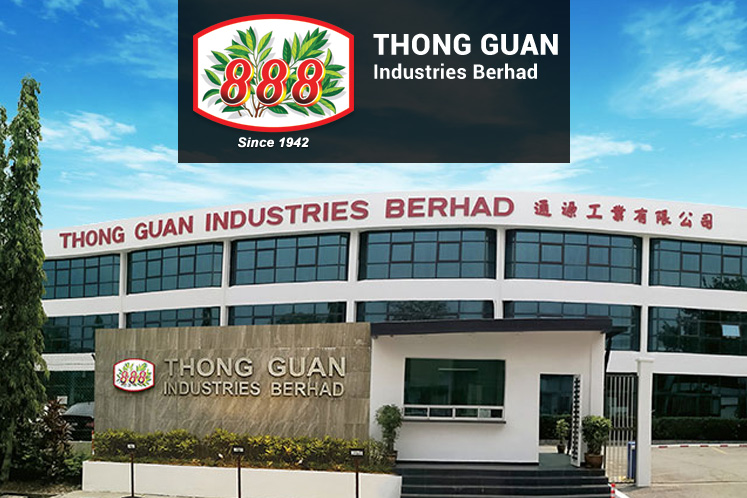 Its net profit for the three months ended Dec 31, 2017 (4QFY17) slumped to RM2.86 million from RM14.92 million a year ago, as its plastic products segment suffered lower selling prices and higher operating expenses.

At time of writing, the group pared some losses but was still down 50 sen or 13.81% at RM3.12 and was the fourth largest decliner on Bursa Malaysia after some 3.18 million shares crossed.

At the current price, it has a market capitalisation of RM425.2 million.

Yesterday, Thong Guan said that the compressed margin in its plastic products segment dragged its 4QFY17 net profit down, despite an 8% year-on-year increase in revenue to RM210.49 million from RM195.74 million.

However, two analysts who cover the stock remained bullish on its prospects.

While taking note of Thong Guan’s RM3.8 million food and beverage loss as well as higher promotional and freight costs in the quarter, CIMB Research analyst Nigel Foo said he expects the group to add an additional PVC food wrap line this year as it is already running close to full capacity.

Foo, who has retained his 'buy' call on the stock, is also positive on the group’s nano-layered stretch film lines. He maintained a target price (TP) of RM5.90 on the stock.

“We would not be surprised if the company installs yet another nano-layered film line by end-2019,” he said, adding that the average profit before tax for these lines ranged between 12% and 15% versus 5% and 6% for traditional stretch film lines.

He said the group’s proposed final dividend of eight sen per share in respect of its 2017 financial year (FY17) came in within expectations.

Kenanga Research's Marie Vaz I also continues to like Thong Guan for its undemanding valuations, and pegged an 'outperform' on the stock.

"We believe we have priced in most foreseeable downside risks for now. Going forward, management is still focussed on improving margins and we are of the view that margins will soon revert to normalised levels, while its strong net cash position allows for further capacity expansion", she said.

However, she lowered her TP on Thong Guan to RM4.05 from RM5.55, after reducing the expected core net profit margins to 6.2% for Thong Guan’s FY18, after FY17's bottom-line came in below its expectation.