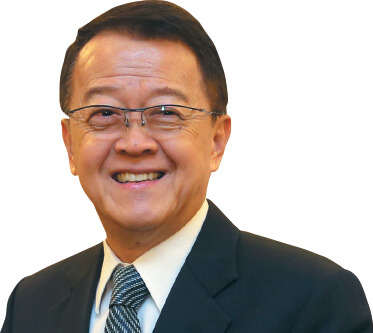 Cheah has even made it his personal mission to ensure that as many students as possible are able to benefit from a quality education. Photo by Sam Fong

KUALA LUMPUR: Set up with a mission to help improve Malaysia’s education system, Sunway Education Group (SEG) has grown by leaps and bounds, establishing itself as a leading higher education provider. Today it celebrates its 30th anniversary.

“We have a list of events in store for our students in conjunction with our 30-year milestone celebration,” said senior executive director Dr Elizabeth Lee. “[Today], which is the day of the official opening ceremony 30 years ago, we will be having a grand celebration.”

Cheah, the founding trustee of JCF, is a stalwart supporter of the nation’s education goals and seeks to ensure sustainable quality education for the present and future generations of students.

He has even made it his personal mission to ensure that as many students as possible are able to benefit from a quality education.

To date, the JCF has already disbursed more than RM270 million in scholarships to thousands of deserving students.

In its bid to spearhead this vision, the university has over the years been collaborating with world-renowned institutions in efforts to provide quality higher education.

“Through partnerships and collaboration with world-class institutions such as Lancaster University and Le Cordon Bleu International, the university offers holistic education with international recognition,” said Sunway.

Sunway also has academic collaborations with leading institutions like University of Oxford, University of Cambridge and Harvard University. Sunway said this has paved the way for great academic and cultural exchanges for not only the university but other institutions under SEG too.

“Through the collaborations, students and staff are able to gain international exposure and learn from world-renowned professionals without having to leave the country,” it added.

As a testament to its quest for excellence, Sunway received recognition in the 2015/2016 Quacquarelli Symonds Stars results when the ranking body awarded an overall rating of four stars out of a maximum of five to the university.

Moving forward, SEG sees itself growing in terms of programmes offered and its student population, as it continues to deliver quality higher education.

Central to the institution’s education philosophy and curriculum are service and development of community. As it continues to develop students’ character, integrity and self-confidence, it hopes to encourage its students to make the same contributions back to society and the country.