TheWall: The IEO race is heating up 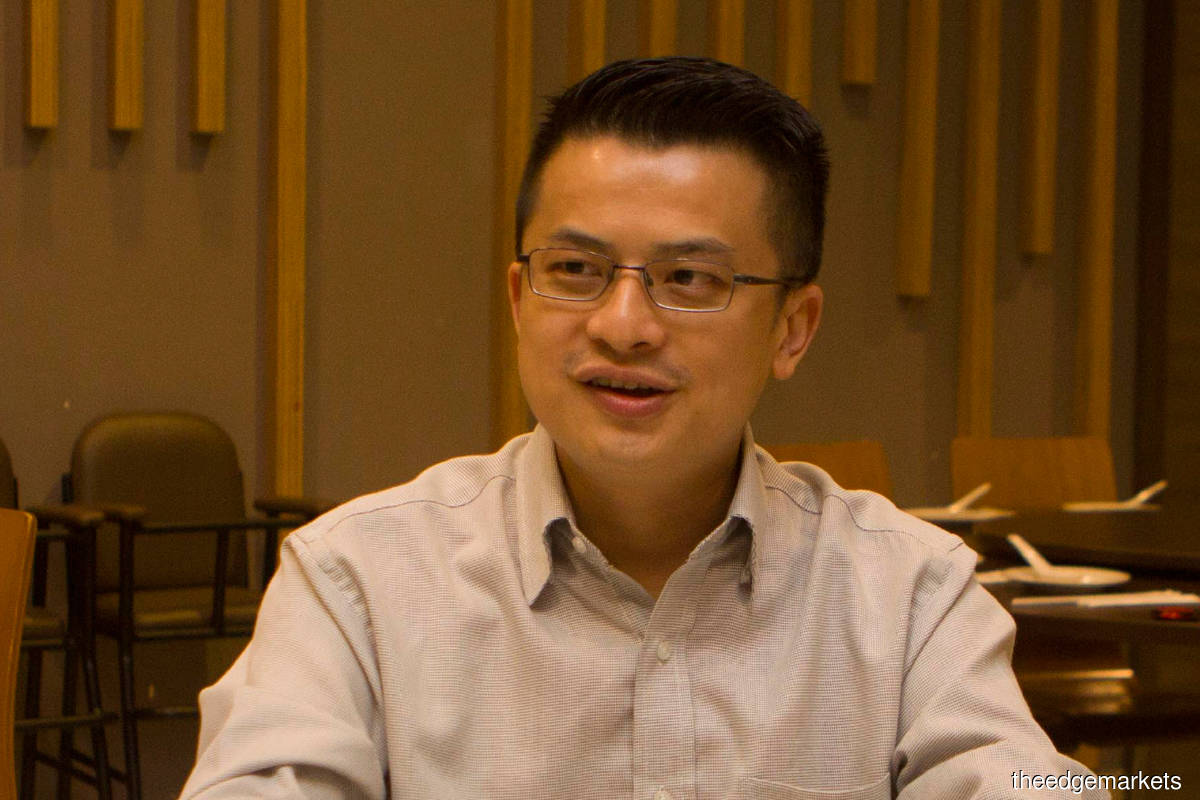 "The minimum capital requirement to apply for an IEO licence is RM5 million, which is relatively low compared with the RM100 million for a digital bank licence. The income an IEO platform can generate for its operator is potentially huge as issuers could raise up to RM100 million via digital tokens.” - Yong (Photo by Patrick Goh/The Edge)

Soon, new types of digital tokens will be available to investors, as several entities have applied for a licence to operate an Initial Exchange Offering (IEO) platform with the Securities Commission Malaysia. These could include securities tokens tied to the value or future earnings of various illiquid assets and utility tokens issued by start-ups in exchange for specific products and services.

Other private entities vying for a licence include Fennel Capital — with one of its key members being Rodney Koh, a partner at law firm Azri, Lee Swee Seng & Co — and PitchIN, the country’s leading equity crowdfunding platform.

“There should be about 20 contenders at the moment. But it may fizzle down to a smaller number,” says an industry player who does not want to be named.

Tan E Yang, acting head of digital finance at Green Packet, says the company is applying for a licence through its subsidiary Rypcot Assets Sdn Bhd. Based on his conversation with businesses on the ground, investors will likely be able to invest in various properties and agricultural assets with a small amount of money. A famous example of the latter is the tokenisation of durian trees.

“Durian is a popular investment right now. Chinese investors are looking to invest in durian plantations locally. With stable demand from the world’s second-largest economy and elsewhere, it could provide investors with recurring returns over the next decade or so,” he says.

“As the trend is going strong, a company can value durian trees [based on yields and future earnings] and sell fractions of them to investors via digital tokens. The profit generated by these trees will then be split accordingly.”

Tan acknowledges that such a solution bears a similarity to interest schemes, where investors can invest in various assets based on a profit-sharing model. But the issuance of digital tokens, underpinned by blockchain technology, can provide investors with more transparency, efficiency and a better user experience. The liquidity of digital tokens, namely how fast investors can buy and trade their securities or assets at the desired price, could also be better than interest schemes.

Second- and third-generation business owners are looking at the possibility of raising funds via the issuance of digital tokens, he adds.

Wetokenize’s Teo expects investors to benefit from the issuance of utility tokens, which are digital tokens that allow their holders to access products and services provided by various start-ups and established companies. While utility tokens are unlikely to be traded on the secondary market as their values are fixed, start-ups that continue to grow could issue securities tokens at a later stage for investors to participate in the future growth and profits of their businesses, he adds.

Meanwhile, it is apparent why an increasing number of companies have applied for a licence to operate an IEO platform, says Edmund Yong, co-founder of blockchain and tokenisation consultancy firm Celebrus Advisory. The minimum capital requirement to apply for an IEO licence is RM5 million, which is relatively low compared with the RM100 million for a digital bank licence.

The income an IEO platform can generate for its operator is potentially huge as issuers could raise up to RM100 million via digital tokens, he points out. For comparison, the listing of Southern Cable Group Bhd, the largest ACE Market listing last year, raised RM77.89 million.

In the years to come, Yong expects to see more issuances of securities tokens backed by illiquid assets rather than utility tokens issued by start-ups. “There aren’t many innovative start-ups locally compared with other countries, such as Singapore,” he says.

Yet, the IEO initiative should be beneficial to start-ups and businesses as the issuance of digital tokens does not dilute the shares of business owners, nor does it incur debt on the companies’ balance sheets.

Green Packet’s Tan expects IEO platforms to play an important role in the underserved market segment, mainly the small and medium enterprise (SME) sector, where many businesses do not have access to banks for funding due to a lack of track record or collateral. He believes an IEO is a good alternative for SMEs to raise funds.

Teo expects a positive response from the start-up world. “I have come across tech-related start-ups over the years. Some of them are very small, but have good potential. They need more innovative ways to raise funds other than P2P (peer-to-peer financing) and ECF (equity crowdfunding) to grow,” he says.

While it may take time for the public to warm up to digital tokens, the potential is there, he points out. “Recently, local artist Red Hong Yi sold her first NFT art for RM325,000. It shows that market demand is there,” he adds, referring to non-fungible tokens, or digital tokens that are unique and cannot be replaced.

The potential of digital tokens can also be seen in Luno, the largest digital asset exchange locally. It had amassed more than RM1 billion in digital assets under custody (as at April) since it obtained its licence about two years ago.

A report published by PwC last year said more than 380 digital token offerings were completed in the first 10 months of 2019, with US$4.1 billion raised.