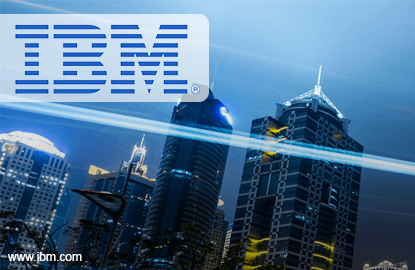 SINGAPORE (Jan 6): IBM has identified five innovations that will likely impact how people perceive the world, improve health diagnoses and protect the earth, all within the next five years.

These innovations come under IBM’s annual “5 in 5” predictions and are based on observed market and societal trends, and the emerging technologies from IBM's research labs.

IBM predicts that in five years, artificial intelligence will be able to effectively use the patterns in an individual’s writing and speech as indicators into the person’s mental health.

At present, IBM says it needs a mere 300 words from transcripts and audio inputs to predict the probability of psychosis in an individual. The same technique could eventually be extended for conditions like Parkinson's, Alzheimer's, Huntington's disease, PTSD, autism and ADHD.

The analysis from cognitive computers on an individual’s speech and writing could eventually be combined with data from wearable devices and conventional imaging systems, to provide a more comprehensive picture of the individual. This would improve the identification of an underlying condition and the treatment of it, both at home and at at the clinic or hospital.

• Expanding the eye’s vision through hyperimaging and AI

Over the next five years, new imaging devices using hyperimaging technology and AI will be able to combine multiple bands of the electromagnetic spectrum, allowing individuals to see beyond the range of visible light. What’s more, by that time, the devices allowing such vision would be portable, affordable and accessible.

One essential application would allow for clearer vision under poor traffic conditions. According to IBM, hyperimaging technology — through the use of millimeter wave imaging, a camera and other sensors — could help a driver “see through fog or rain, detect hazardous and hard-to-see road conditions like black ice, or warn of an object coming up ahead with details on its distance, size, and even what object could reasonably be”.

A hyperimage of a pharmaceutical drug or a bank cheque could help identify its authenticity, and even images of food taken on a mobile phone could show its nutritional value or if it was safe for consumption.

• Organise and analyse the physical world with macroscopes

Machine learning algorithms and software, coined “macroscopes” by IBM, will be able to organise and analyse the massive data fuelled by the Internet of Things about the physical world.

As early as 2012, IBM said it had integrated irrigation, soil and weather data with satellite images and sensor data to predict the irrigation needed for an optimal grape yield and quality at a winery. Macroscope technology could eventually make that application available worldwide.

Moving toward an even broader picture, macroscope technology could even be able to use the data collected by telescopes to predict asteroid collisions and understand their composition.

• Medical labs on-a-chip to diagnose diseases on a nanoscale

In the next five years, individuals might no longer need to visit a doctor or wait for a laboratory test result to receive a disease diagnosis. Medical labs on-a-chip aim to reduce all the processes typically performed by a full-scale biochemistry lab to analyse a disease into a single silicon chip.

In fact, IBM says such nanotechnology could even be developed into handheld devices, for quick and regular measurement of the biomarkers from an individual’s bodily fluids. That information could be sent securely into the cloud — accompanied with real-time health data from IoT devices like sleep monitors and smart watches – and be analysed by AI systems for insights into the person’s health and well-being.

Currently, IBM Research has been able to develop lab-on-a-chip nanotechnology that separates and isolates bioparticles of as small as 20 nanometers in diameter, which includes DNA, viruses, and exosomes, and they could be analysed further to identify the presence of diseases before symptoms appear.

In five years, IBM predicts that networks of new and affordable sensors could be deployed in oil and gas production, extraction and storage facilities to detect for leaks of invisible pollutants — like methane gas — in real time.

At present, IBM has developed a technology known as silicon photonics, which can transmit data by light and allow computing to be as fast as the speed of light. IBM’s chips can be deployed on the ground, within infrastructure, or placed on autonomous drones, to be combined with real-time wind data and satellite data for effective continuous monitoring.