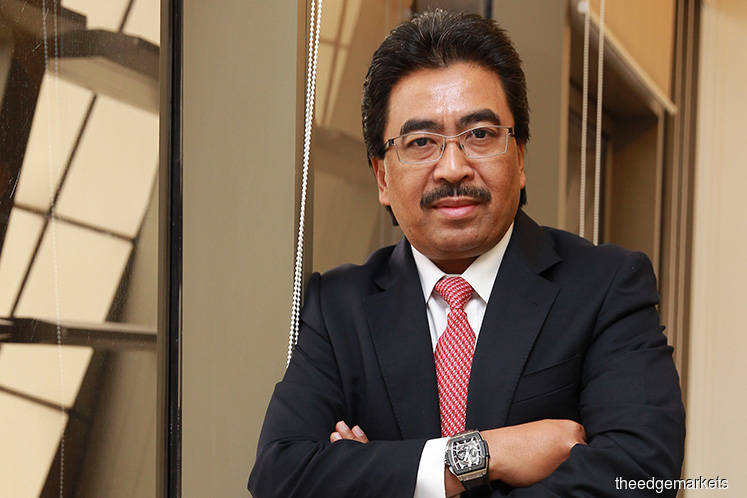 "In fact, our international reserves continue to strengthen ever since and as at end November 2017; the reserves amounted to US$101.9 billion and were able to support 7.5 months of retained imports," he added.

The minister said he was obliged to explain this after requests from his friends, who are readers of Mahathir's blog, sought clarification over a letter on speculative forex transaction to Johari titled 'Dear Mr Johari' on Dec 24.

Mahathir had urged Johari to explain how the international reserves could shrink between 2013 and 2015, and why BNM has to follow the trend and join in the outflow of the US dollar.

"When the private sector was selling the depreciating ringgit for USD, why is BNM selling the dollar for devalued ringgit? The outflow of US$39.6 billion can only be caused by BNM selling dollars from the national reserves, causing the reserve to lose money during the period between 2013 [and] 2015.

"This is admitted by BNM itself. This is what happens when the ringgit is allowed to float," Mahathir wrote after a Dec 9 Facebook live talk where he made similar allegations.

Johari said, in response to Mahathir, that he has said enough about the subject and did not want to prolong the discussion particularly as there was already an 'independent team at Polis Di-Raja Malaysia investigating this matter'.

But he carried on with the explanation between the two types of forex trading in a simpler form for ease of understanding as the subject could be too technical for the ordinary man on the street, and with hope of closing the discussion.

He stressed that speculative forex activity was a kind of gambling activity with the hope of quick returns while orderly management of forex market is a facilitation of liquidity by BNM to market participants in the country for the purpose of mitigating imbalances with respect to the ringgit's supply and demand in the market.

According to BNM's Internal Audit Report on Jan 21, 1994, the forex operation division of the banking department was involved in voluminous forex trading where monthly maturing buy and sell transactions amounted to an average RM140 billion in 1992, and increased to a staggering RM750 billion in 1993.

He said the transactions were speculative and did not reflect BNM's mandate to maintain orderly condition of the forex market as per the Central Bank of Malaysia Ordinance 1958.

"The said Internal Audit Report also highlighted that the magnitude of such foreign exchange speculative transactions was considered very excessive given that the shareholders' fund of BNM was only RM4.4 billion and the country's international reserves were merely RM43.98 billion at that material time.

"These speculative activities caused BNM to suffer foreign exchange transaction losses amounting to RM31.5 billion during the period under review," he added.

The Audit Report also showed that the speculative forex trading activities was allegedly undertaken by then division adviser/manager Tan Sri Nor Mohamed Yakcop, who later became the Minister of Finance II, Johari said.

"Because of the scale of the forex speculative activity losses, the government was forced to transfer its shares in Telekom Malaysia Bhd and Tenaga Nasional Bhd (TNB) to BNM at the nominal value of RM1 per share, and these shares were immediately revalued by BNM at RM22.10 per share and RM19.30 per share for Telekom and TNB respectively.

"In addition, BNM had to dispose of its Malaysia Airline System Bhd shares to a third party at the price of RM8 per share and MISC Bhd shares at RM10 per share to Kumpulan Wang Persaraan (Diperbadankan) in order to realise the gain.

"If these speculative forex losses were not real, the government would not have taken these drastic actions in order to cover the BNM losses at that material time," he added.

Johari said BNM and the country have since come a long way, particularly in instituting the necessary reforms and check and balance with regard to its forex forward transaction activities.

Concluding his reply to Mahathir, he said: "I have said enough on this subject and if understanding of the truth is not the objective of the discussion, then there is nothing much I can say on this."