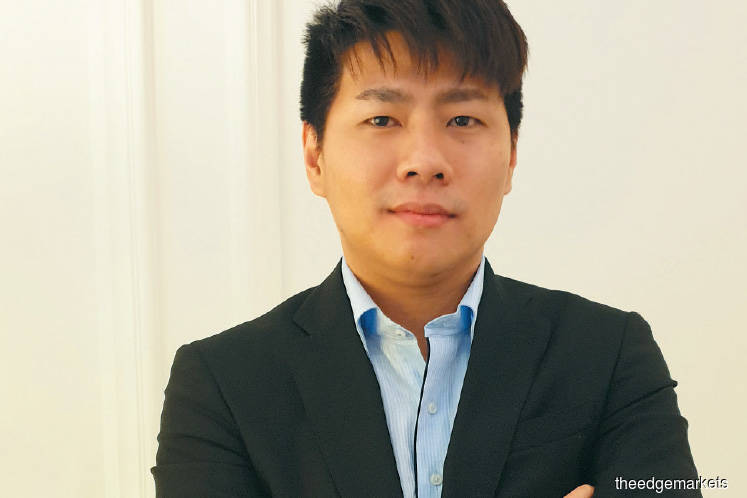 THE world’s largest fully integrated natural rubber company, Sri Trang Agro-Industry Public Company Ltd (STA), has sets its sights on becoming one of the world’s top three glove manufacturers — all of which are Malaysian companies.

STA has been involved in the glove business for nearly 30 years and is the largest glove producer in Thailand and fifth-largest in the world. It is dual-listed in Singapore and Thailand.

Vitchapol says the group will try to get into the ranks of the top three within the next five years. “Nonetheless, despite the expansion of our production capacity, it will also depend on the expansion undertaken by glove manufacturers in Malaysia,” Vitchaphol says in an interview with The Edge.

He adds that STGT was a joint venture before last year but with full control of the glovemaker, the group will be able to independently manage its operations and execute its expansion plan.

Growth for its glove business has been relatively flat before last year. However, since STGT became a subsidiary, the group’s glove production capacity has grown 23%, from 14 billion pieces per annum to 17.2 billion pieces.

He says there is room to raise production capacity as Thaikong has land and only about 40% of it is utilised. The remaining 60% will be utilised for expansion. “With land and a factory, it is faster for us to expand,” he notes.

Vitchaphol says the group believes it can compete with the Malaysian glove players given its 30 years of know-how in the industry as well as technological advancement in improving efficiency and production capacity.

“We can compete with them because of technological advancement. We even have latex in our hands, which can help us penetrate the market. We look up to them but we also aspire to be like them,” he remarks.

On concerns over a potential oversupply with the glovemakers’ aggressive expansion plans, he says global demand remains robust, driven mainly by increasing awareness of health and hygiene in emerging markets as well as the ageing population in the region.

While he is optimistic that global glove demand can hit the Malaysian Rubber Glove Manufacturers Association’s (MARGMA) expectation for 2018 and 2019 of 268 billion and 287 billion pieces respectively, he is cautious about the 370 billion pieces forecast for 2020.

“I think there is a sharp increase from there in terms of demand and I’m not sure if we can see such a strong growth. Nonetheless, regardless of how the Malaysia glovemakers are expanding, we think it will be beneficial to us. It’s either they compete to buy into nitrile, the raw material for synthetic gloves, or they enter the latex market. If they come into the latex market, it will be to our advantage because we control the raw material. If they focus on nitrile, the raw material for nitrile prices will also go up.”

Apart from that, Vitchaphol believes the expansion of STA’s glove business is synergistic with the group’s midstream operations, which has grown by three times since 2011.

The midstream business is currently the largest contributor to STA’s earnings with natural rubber processing accounting for 89% of total revenue in 2017.

The group produces a complete range of natural rubber products such as technically specified rubber (TSR), ribbed smoked sheets (RSS) and concentrated latex. Concentrated latex is the raw material for the manufacture of latex gloves, which will be the focus for STA moving forward.

“We will focus on latex gloves as our target market is the emerging markets. In these markets, people choose between using gloves or not. If they choose to use gloves, they want them cheap and latex gloves are cheaper. There will also be synergy between our midstream operations and our glove business,” Vitchaphol notes.

While the glove business accounts for about 15% of STA’s revenue and 40% of its net profit during the first nine months of this year, he says the group could see it grow to 25% of total revenue and 50% to 60% of net profit by next year, assuming the price of gloves remains unchanged.

In an industry largely insulated from the external uncertainties driven by the trade tension between the US and China, STA believes it is in a good position to capitalise on global glove demand.

“With our expansion, we will also be bringing in new machines, which could help to improve our competitiveness as the cost of production is lowered moving forward,” Vitchaphol says, adding that the Thai government also provides tax incentives for companies focusing on automation, which is part of the group’s expansion strategy.

While STA was in the red for the financial year ended Dec 31, 2017 (FY2017) and FY2016, the group turned in a strong performance in the first nine months of FY2018 (9MFY2018). It recorded a net profit of THB1.99 billion compared with a net loss of THB1.93 billion in the corresponding period a year ago despite lower revenue amidst the decline in natural rubber prices.

STA’s share price has risen 37.1% from a year ago to close at THB17.20 last Thursday, giving it a market capitalisation of THB26.3 billion.