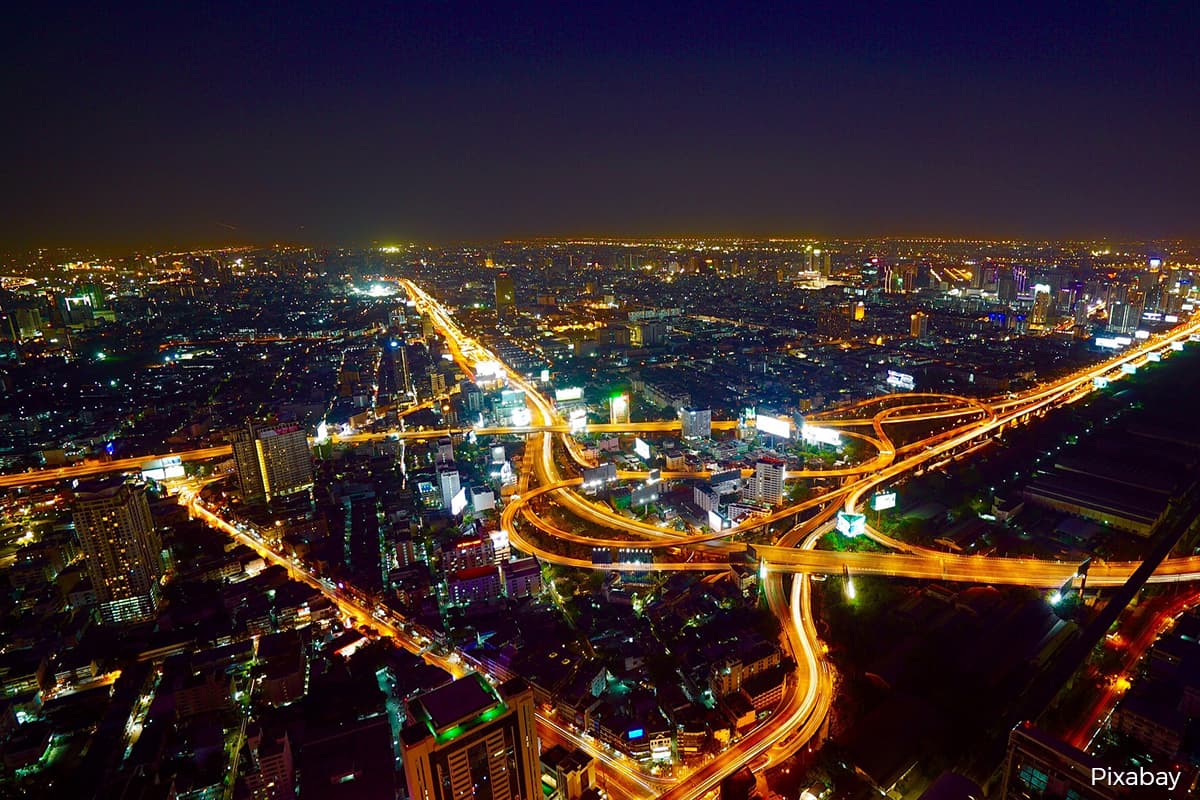 The outlook for Thailand's economy this year is the most dire in Asia given its reliance on exports and tourism, both of which have suffered heavy blows amid the Covid-19 outbreak.

BANGKOK (Aug 17): Thailand's economy contracted the most in more than two decades, deepening its recession as the nation's key drivers of trade and tourism remain hobbled by the global coronavirus pandemic.

Gross domestic product (GDP) shrank 12.2% from a year ago, the National Economic and Social Development Council said today, its biggest decline since the Asian financial crisis in 1998. The figure was not quite as bad as the median estimate of a 13% contraction in a Bloomberg survey of economists. The outlook for Thailand's economy this year is the most dire in Asia given its reliance on exports and tourism, both of which have suffered heavy blows amid the Covid-19 outbreak. The pain has been compounded by the strong baht, which gained more than 6% in the the April-June quarter, the second-best performing currency in Asia tracked by Bloomberg.

"We are concerned about the economy, especially employment, bad debts" and small and medium enterprises, said Thosaporn Sirisumphand, secretary general of the economic council. "Government spending will remain the key economic driver this year, as all other drivers remain weak."

The council cut its full-year forecast to a 7.3%-7.8% contraction, from an earlier estimate of a 5%-6% fall. That forecast, which assumes the virus outbreak is contained in the fourth quarter of the year and there is no big second wave, is better than the 8.1% fall seen by the country's central bank and the 8.5% decline the Finance Ministry expects.

"The worst is likely over, but there is still no reason to pop the champagne yet," said Howie Lee, economist at Oversea-Chinese Banking Corp in Singapore. "From here we expect the pace of economic recovery to be gradual, with many challenges still facing the Thai economy."

In a separate briefing today, Supattanapong Punmeechaow, the energy minister and deputy prime minister in charge of the economy, said the government will establish a centre focusing on economic revival, including representatives from government agencies and the private sector.

Today's data reflect the fact that the economy was shut for part of the second quarter, and borders remain closed to most foreigners. The government has gradually eased restrictions on domestic movement since May, and almost all businesses can now open.

The government, which has announced US$60 billion in stimulus, is in the midst of changing its economic team. New Finance Minister Predee Daochai will need to work with Sethaput Suthiwart-Narueput, who will take over as central bank governor on Oct 1, to coordinate fiscal and monetary policy.

Anti-government protests, mainly by young people, are starting to gain momentum and add to uncertainty. More than 10,000 people rallied in Bangkok yesterday, one of the biggest gatherings yet as protesters demand an end to the military-led administration and call for the monarchy's powers to be reined in.

"Notwithstanding the expected prolonged slump in tourism, the recent unrest in Thailand may also dampen investor sentiment, in addition to the already-fragile consumption trend," OCBC's Lee said.

Other key points from the briefing:
• GDP fell a seasonally adjusted 9.7% in the second quarter compared with the previous three months, the council said today, better than the median estimate of an 11.2% contraction in a Bloomberg survey.
• Exports are expected to decline 10% this year.
• Second-quarter unemployment was 1.95%, its highest level since 2009 and double the normal rate. Another 1.8 million workers may be at risk of losing their jobs.
• More than 300 billion baht in government cash handouts helped keep consumption afloat.
• The government will roll out more aid for business, workers, and exports in coming months.