Thailand to tighten entry rules for all nationalities in virus fight 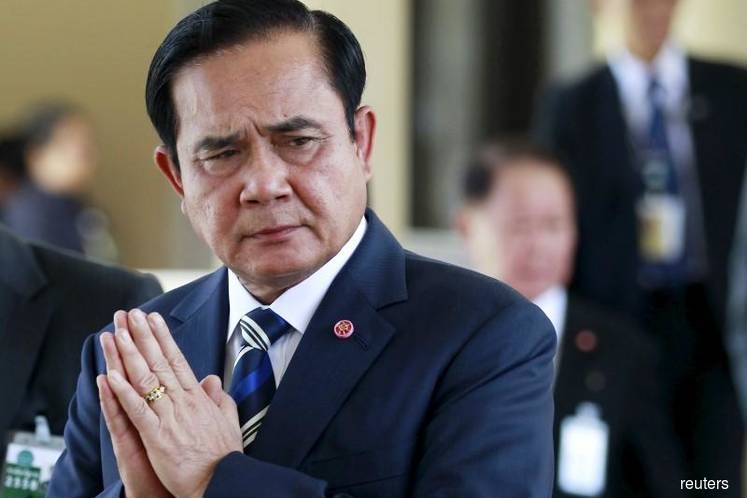 BANGKOK (March 19): Thailand will introduce new measures requiring all travelers to the country to present medical certificates and health insurance, before gaining entry, in an effort to curb the spread of the coronavirus, Prime Minister Prayuth Chan-ocha said on Thursday.

Thailand reported 60 new coronavirus cases, the biggest daily jump in the number of cases so far to take its total infections to 272, a health official said on Thursday.

Travelers to Thailand have to now show authorities a health certificate, issued no more than 72 hours before travelling, confirming they have been tested and are free from the virus. They must also present an insurance policy showing minimum coverage for coronavirus of not less than US$100,000.

This measure was previously a requirement for countries the Thai government classified as "disease infected zones" which include China, South Korea, Hong Kong, Macau, Italy and Iran.

"We are blocking infection from coming into the country; that is why people need medical certificate and health insurance to enter Thailand," Prime Minister Prayuth said.

"This will now include all countries to minimize infection, so we can control it," he said.

It is unclear when the new measure will take effect and how it will be enforced at various border points.

The introduction of the new measure comes as dozens of civil society organizations in Thailand demand the government close the border and restrict people's movement to limit infection.

Thailand has recorded a large jump in the number of infections this week which the health authority has divided into new imported cases and those with connection to earlier cases.

The rise in the number of infections has led the government to close down schools, universities, and entertainment venues around the country which started to take effect on Wednesday.

Thailand has recorded one death since the outbreak, with 42 patients having recovered and gone home and 229 still being treated in hospital.