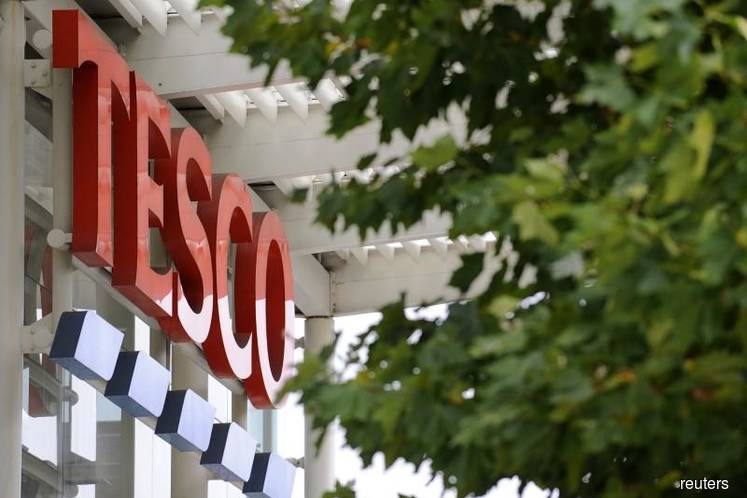 (Jan 16): Bangkok’s billionaires don’t usually have to contend with much resistance as they expand. Tesco Plc’s sale of its Southeast Asian supermarkets may be about to change that.

The US$32 billion British retailer said in December it was considering selling the group’s stores in Thailand and Malaysia, becoming the latest international grocery giant to bow out of Asia. First-round bids for the asset, estimated to be worth between US$7 billion and US$9 billion, are due this week. Suitors are likely to be drawn from local conglomerates, among them: Dhanin Chearavanont’s CP Group; Central Group, controlled by the Chirathivat family; and beer-and-spirits magnate Charoen Sirivadhanabhakdi's TCC Group.

So far, so normal for tycoon-heavy Thailand. Perhaps not. Last month, the Office of Trade Competition Commission, or OTCC, threw a wrench in the gears, signaling before offers even materialized that it would review the deal and could rule against any combination that grabbed too much of the market.

Thailand’s government has revamped the antitrust authority since 2017, turning it from a dormant and toothless appendage of the Ministry of Commerce into an impartial agency with an independent workforce. Taking a tough stance could burnish the pro-military administration’s consumer-protection credentials, as it battles a slowing economy and the country’s worst drought in decades.

Added to that, this is the the first high-profile, consumer-facing case that the new-look OTCC has handled. It’s also, potentially, one of the largest-ever acquisitions by a Thai group, and among the largest deals in Asia this year. That all but sets up a tussle with some of the most powerful patriarchs in Thai business.

In theory, problems arise when a company has a market share of 50% or more. The trouble here, as in every antitrust debate, is deciding what counts as a market.

Tesco, under the Tesco Lotus brand, is already Thailand’s biggest supermarket chain with almost 2,000 stores, plus 74 in Malaysia. So, do convenience stores, like CP’s 7-Eleven outlets, count as part of the same market? By the broadest definition, CP touches the vast majority of Thailand’s food chain. What about duty-free, should a last-minute bid come from King Power Group, run by the billionaire Srivaddhanaprabha family that owns Leicester City Football Club? Central Group, meanwhile, has 200 supermarkets, and TCC owns Big C hypermarkets.

All of that suggests plenty of wrangling ahead. Worse, Thailand now has a two-stage reporting structure: Unusually by global standards, would-be merger partners may have to report both ahead of and on completion of any deal that creates a dominant player. That means passing the first hurdle doesn’t guarantee a bidder will clear the second.

In the end, asset sales may be the most palatable solution, should a big retailer win the contest. Antitrust bosses, still early in their tenure, may be reluctant to irk too many big names. Chinese regulators ruffled plenty of feathers when the Beijing-based Ministry of Commerce vetoed Coca-Cola Co’s acquisition of a Chinese juice maker in 2009. And Thailand, with its unimpressive economy, badly needs investment.

Still, supermarkets are a sensitive and unpredictable area for antitrust authorities, with their focus on safeguarding consumers. Britain’s Competition and Markets Authority, after all, last year stopped J Sainsbury Plc from buying Walmart Inc’s Asda to create the country’s largest supermarket chain. This could turn into quite a food fight.