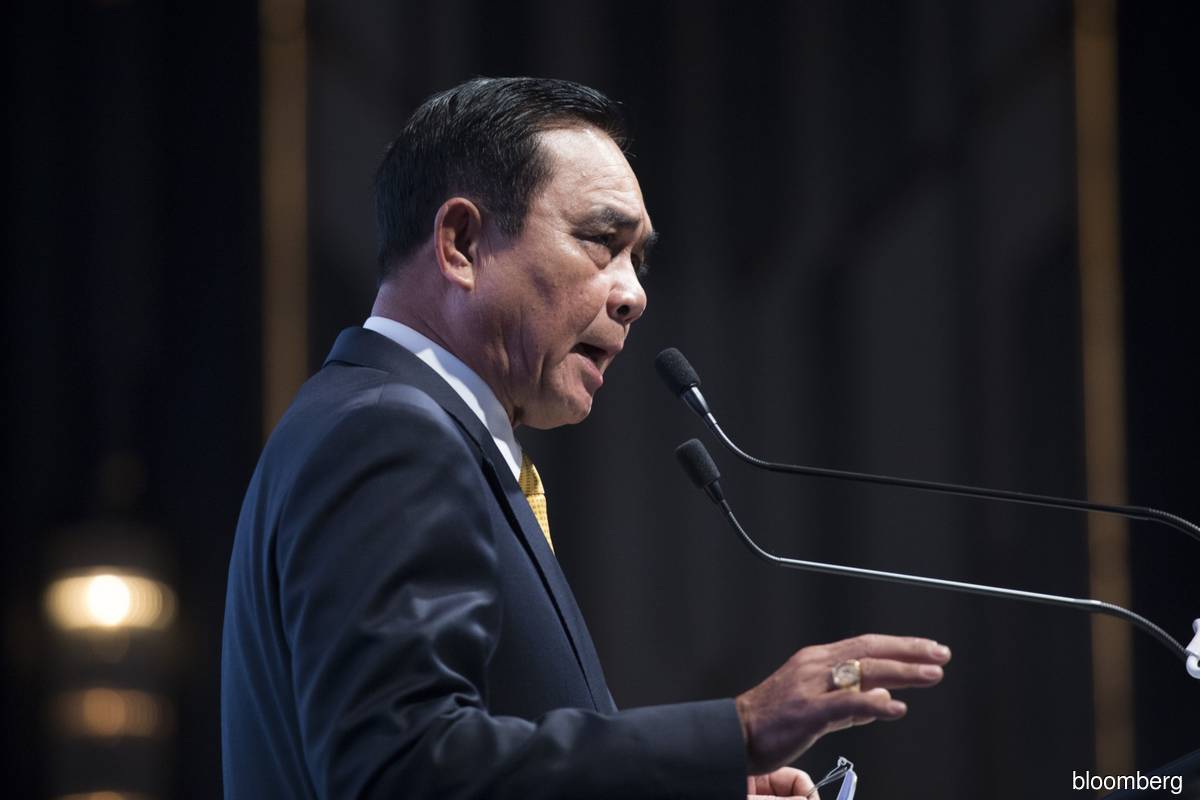 The activists are seeking a revamp, along with Prayuth’s (pic) resignation and greater transparency from the monarchy, which sits at the apex of power in Thailand. (Photo by Bloomberg)

(June 22): Thailand’s Parliament has unlocked a process for an overhaul of the constitution, one of the key of demands by a youth-led protest movement that has swept the nation in the past year.

Lawmakers in the Senate and the Lower House voted to endorse a bill that would pave the way for a public poll on rewriting the charter. The ballot followed a Constitutional Court decision in March that ruled a referendum must be held before any overhaul, delaying a process sought by protesters for a more democratic charter.

Activists allege the constitution, drafted under a military regime, was instrumental in helping coup leader-turned-premier Prayuth Chan-Ocha and his backers retain power after elections in 2019. They’re seeking a revamp, along with Prayuth’s resignation and greater transparency from the monarchy, which sits at the apex of power in Thailand.

On Thursday, lawmakers are expected to vote on the first reading of their proposed amendments, which include changes to general election rules. That’s the same day that pro-democracy activists plan to return to the streets, with several gatherings scheduled in Bangkok after a six-month hiatus during the first half of this year due to Covid-19 outbreaks.

Although the process for a plebiscite and overhaul of the charter has been endorsed, Thailand’s Parliament probably won’t pursue more significant changes any time soon as it focuses for the next several months on making minor changes that wouldn’t require any public endorsement.

Some proposals -- including limits to powers held by an appointed Senate -- aren’t likely to be endorsed by the military-backed Parliament, and most lawmakers have already rejected any changes to chapters concerning the monarchy after protesters broke a long-held taboo about publicly discussing the royal institution.

Discussions on overhauling the constitution began late last year to placate a growing protest movement started by youth-led groups in mid-2020. Dozens of pro-democracy activists face charges including sedition and insulting the monarchy, which carry sentences as long as 15 years, as a result of their demonstrations.