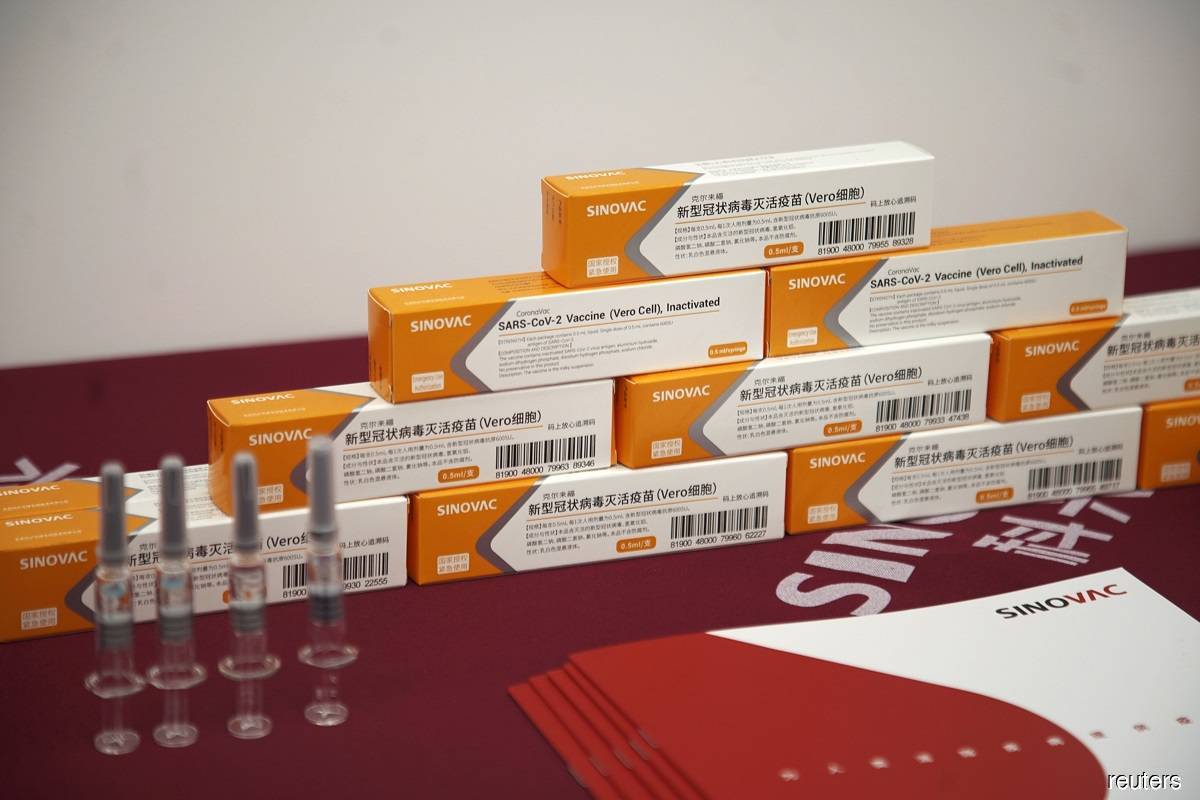 BANGKOK (March 18): Thailand will procure an additional 100,000 doses of China's Sinovac Covid-19 vaccine to be used and paid for by businesses, an industry group said on Thursday, in the first phase of a private-sector vaccination scheme.

Other Southeast Asian countries including Indonesia and the Philippines have also launched private schemes, which proponents said will help kick-start key industries and cut the state burden, though some health experts warned that workers could be prioritised over more vulnerable sections of the population.

"The Government Pharmaceutical Organization has confirmed our order," Federation of Thai Industries (FTI) chairman Supant Mongkolsuthree told reporters, adding that the vaccine costing 1,000 baht (US$32.52) per dose should be administered in June.

About 50,000 individuals in 109 companies, mostly in the food and drug sectors, are joining the scheme after an initial survey, FTI's deputy secretary-general, Panitarn Pavarolavidya, said.

"This batch is not related to the government's batch for the public. We're in line for the next lot for vaccinations," Panitarn said.

Thailand's second phase of its mass vaccination drive is slated for June after the first delivery of the locally produced AstraZeneca vaccine as part of a drive to inoculate half of the country's population of 66.5 million by year's end.

The country has so far received 200,000 doses of the Sinovac Biotech CoronaVac vaccine and 117,300 doses from AstraZeneca.

On Monday, Thai Prime Minister Prayuth Chan-ocha became the first person to be inoculated with the imported AstraZeneca shots and so far 53,842 people have been vaccinated.

Another 800,000 doses of CoronaVac are expected to arrive on March 20 and a further one million doses in April.

Health Minister Anutin Charnvirankul said this week that Thailand was in discussions to procure an additional five million doses of CoronaVac.