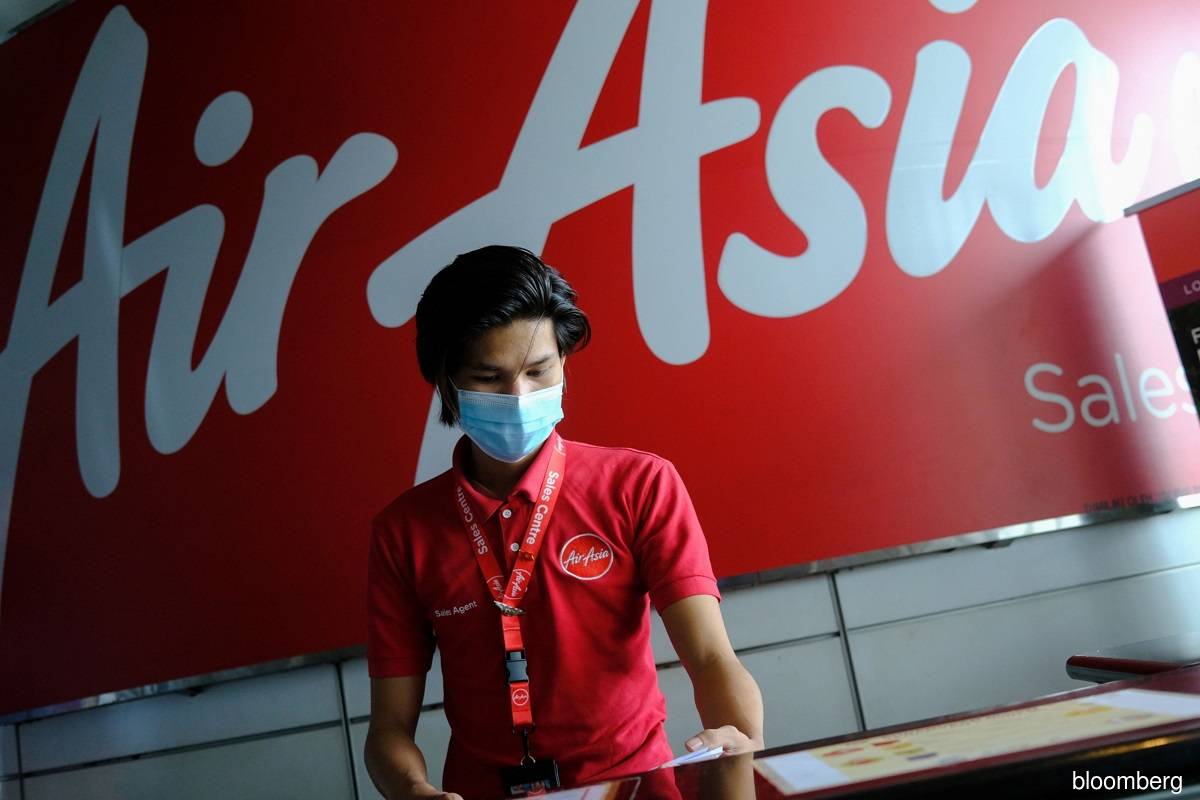 KUALA LUMPUR (Jan 8): Thai AirAsia Co Ltd (TAA) said the latest Covid-19 outbreak in Thailand has dented the already weak travel sentiment in the country after the company witnessed a whopping 50% plunge in its domestic flight booking numbers this month.

"Travel sentiment has plunged lower than last year. This is different this time because people are voluntarily skipping their travel plans even without a nationwide lockdown order from the government," TAA largest shareholder Tassapon Bijleveld was quoted by the Bangkok Post as saying.

Tassapon is also an executive chairman of Asia Aviation, a company that owns a 51% stake in TAA, while the remaining 49% stake is held by AirAsia Investment, an investment arm of AirAsia Group Bhd.

Accoring to him, TAA's domestic flight numbers shrank by more than 50% as it had to merge and cancel many flights, with the average load factor taking a nosedive this month.

He added that some flights had only 20 to 30 passengers, a sharp contrast to the resurgent market two months ago.

"We were just rebounding from the first lockdown last year. Despite hardly any profits, at least we could have had a consistent revenue stream from the domestic market. But this outburst of new cases destroyed us," said Tassapon.

Tassapon said most airlines expect the market will continue to be severe in February. He warned that the weak travel sentiment could cause some airlines to cease operations.

He said the pessimistic outlook for next month is despite the Chinese New Year holidays, citing that "travellers may not increase domestic trips if people are worried about the outbreak".

"This could be the quietest Chinese New Year we've ever had," he noted.

Reuters previously reported that Thailand, which had largely controlled the virus by mid-2020, saw a second wave of outbreaks beginning in December.

"The government has declared 28 provinces, including Bangkok, as high-risk zones and asked people to work from home and avoid gathering or travel beyond provincial borders, as infection numbers climbed after an outbreak was detected last month at a seafood market near the capital," said the report dated Jan 4.

The pandemic-battered aviation industry has adversely impacted most airlines in Thailand financially, as they have received no financial support from the government, particularly the soft loans they have been requesting since last year.

Eight airlines that teamed up to send the financial aid proposal to the government last year do not have plans to discuss the progress of that proposal as they have already clearly stated their concerns, said Tassapon.

He said the group conveyed all information to the Thailand's prime minister and three finance ministers, as well as banks that were assigned to help airlines. But, there has not been any response since.