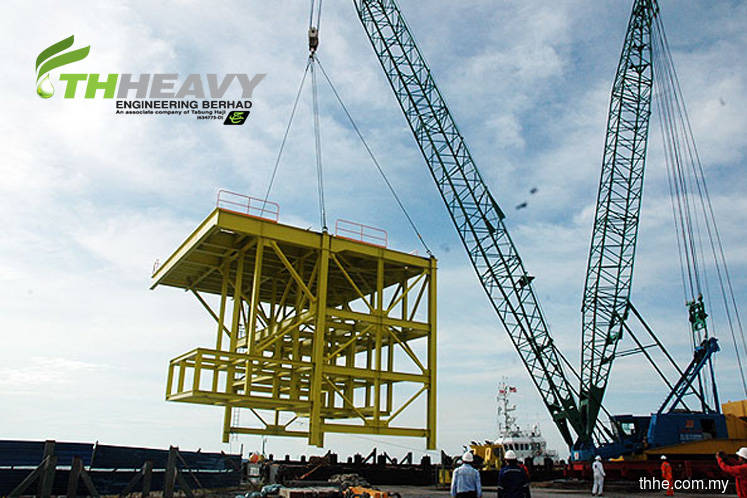 KUALA LUMPUR (Jan 2): Shares of TH Heavy Engineering Bhd rose as much as 22.22% this morning to a one-year high.

For the third quarter ended Sept 30, 2019 (3QFY19), TH Heavy reported a net profit of RM2.67 million, some 97% lower than the RM100.76 million made in the previous corresponding quarter, due to the absence of debt waiver as part of its Scheme of Arrangement.

However, 3QFY19 revenue jumped to RM12.02 million from RM79,000 in the year-ago quarter, mainly because of revenue recognition from its offshore petrol vessel (OPV) project.

For the cumulative nine months (9MFY19), the group posted a net profit of RM9.77 million against a net loss of RM3.47 million in the corresponding period last year. Revenue amounted to RM35.48 million from RM408,000 previously.