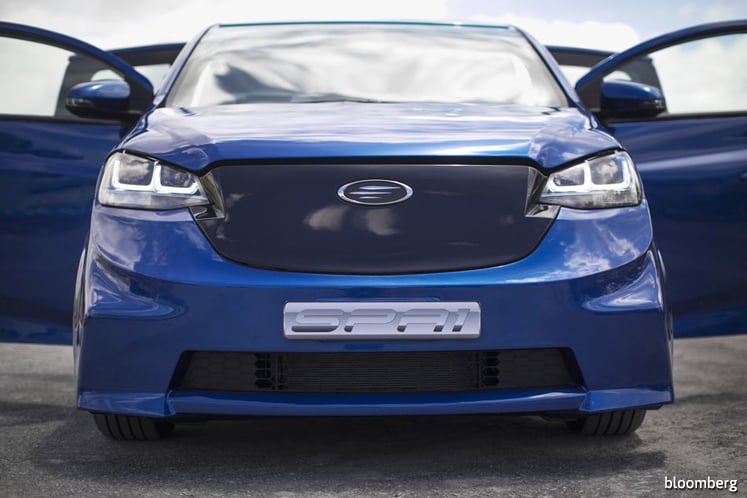 (May 20): Thailand’s biggest electric-vehicle venture has stayed mostly in gear during the Covid-19 pandemic, with Energy Absolute Pcl continuing construction on a lithium-ion battery plant and vehicle development. The company’s EV-boat prototypes are now being river-tested.

Development of a battery plant in Chachoengsao province is running at full speed, but the lockdown “slowed” the installation of additional charging stations, he said. Disruptions delayed the commercial unveiling of its automobile model, with the date pushed back till the end of this year. Nautical vehicles are progressing faster, with the last hurdle to the operation of its EV boat fleet to ferry passengers on Bangkok’s Chao Phraya River being the government’s approval, he said.

“This segment will have a huge impact on our future revenue and profit growth. It’ll be our next chapter,” Amorn said in an interview, adding that innovation is necessary, especially during this period when many traditional industries in Thailand’s economy tumble.

Energy Absolute’s core business is power generation from renewable sources, including wind and solar. The direct stake of founder and chief executive officer, Somphote Ahunai, is worth more than $1 billion, according to data compiled by Bloomberg. The shift toward EVs has prompted comparisons to Tesla Inc.

The interest in Southeast Asia for electric vehicle production and assembly will gain momentum in one to three years due to favorable government polices, according to a commentary by Fitch Solutions.

“Thailand will further cement its position as the largest and most attractive production market in the region,” Fitch said in its report, adding that more measures are expected as Thailand tries to diversify away from tourism, an industry bogged down by the pandemic.

Energy Absolute’s shares have dropped about 9% this year, compared with a 15% decline in the Stock Exchange of Thailand Energy & Utilities Index.

Energy Absolute’s utility businesses have seen varied impact from the pandemic and recent plunge in fuel prices. Its main renewable power-plant segment has carried on almost as normal, while its biodiesel unit is expected to see demand drop on par with a 30% slide in Thailand’s diesel consumption during the lockdown.

That’s why the company’s big bets on EV and battery businesses are so important to future growth, Amorn said.