Tesla's S&P debut to come all at once, rippling across markets 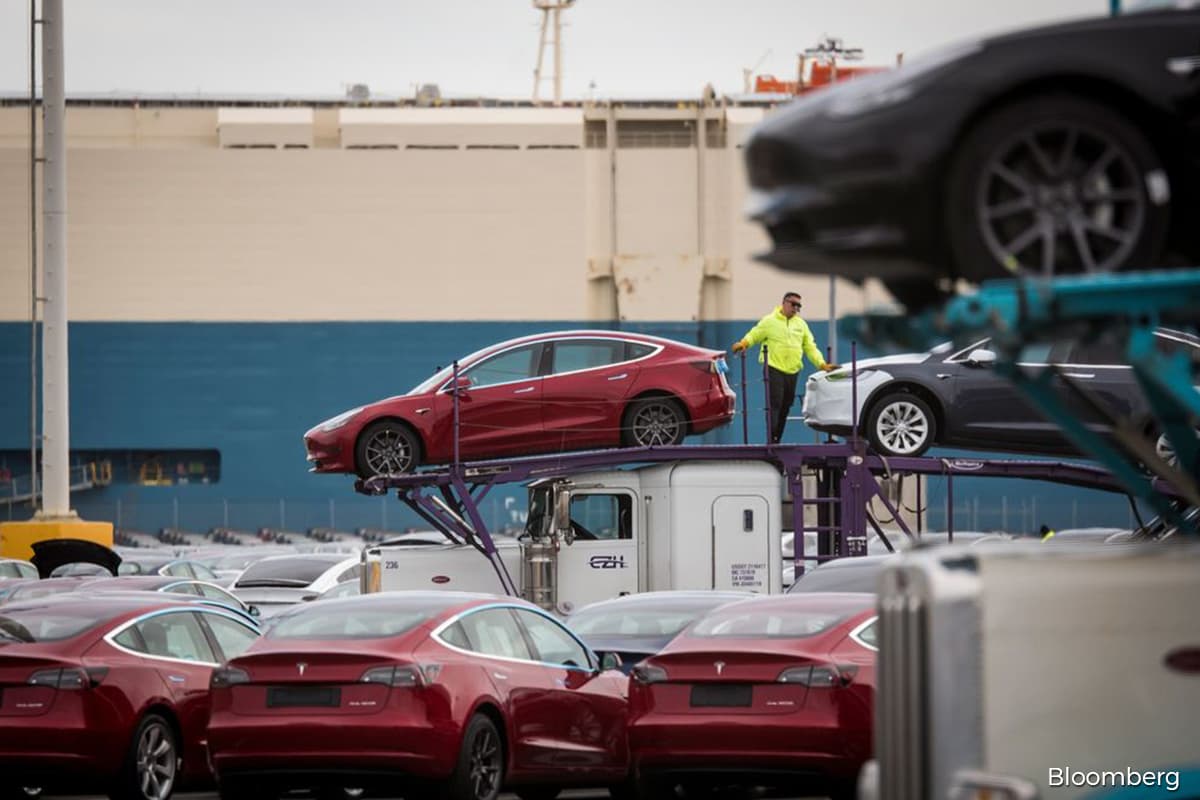 (Dec 1): Tesla Inc. will be added to the S&P 500 Index in one shot on Dec. 21, a move that will ripple through the entire market as money managers adjust their portfolios to make room for shares of the US$538 billion company.

Given Tesla’s massive market size, S&P had sought a consultation with investors earlier in November, asking for feedback on whether the stock should be folded into the index all at once or in two parts, which would have been unprecedented. The electric-vehicle maker will be the seventh-biggest company in the S&P 500 at its current market value, falling between Berkshire Hathaway Inc. and Visa Inc.

With about US$11 trillion in funds tied to the S&P 500, money managers have been looking toward a few busy weeks ahead no matter how Tesla was included in the index. Whether it was one fell swoop or two separate tranches, managers of index-tracking funds would still have had to offload stocks of several other companies to make room for the mammoth newcomer in their portfolios.

“It looks like they’re ripping the band-aid off,” said Steve Sosnick, chief strategist at Interactive Brokers. “It’s ultimately less disruptive than trying something new with the largest index addition ever.”

Tesla shares rose more than 4% in postmarket trading after S&P Dow Jones Indices announced the plan in a brief statement on Monday. The index provider said it will release a full statement on Tuesday morning. The stock slipped 3.1% in Monday’s regular session from a record high on Nov. 27. Tesla shares are up about 580% this year.

Adding the company in the traditional way is “simple and easy to understand” said Gary Black, a private investor who was chief executive of Aegon Asset Management from mid-2016 through September.

S&P Dow Jones said it will announce which company Tesla will be replacing in the index on Dec. 11.

After the initial buying of Tesla into the Dec. 21 inclusion, the stock may pull back, if history is any guide, according to Black. The shares may fall about 10% to 20%, a pattern that would be consistent with what happened to Facebook after its entry into the S&P 500 seven years ago.

Tesla’s market capitalization is larger than any other company had at its debut in the S&P 500. Berkshire Hathaway previously held that record. It was worth about $127 billion when it was included in the index in 2010.