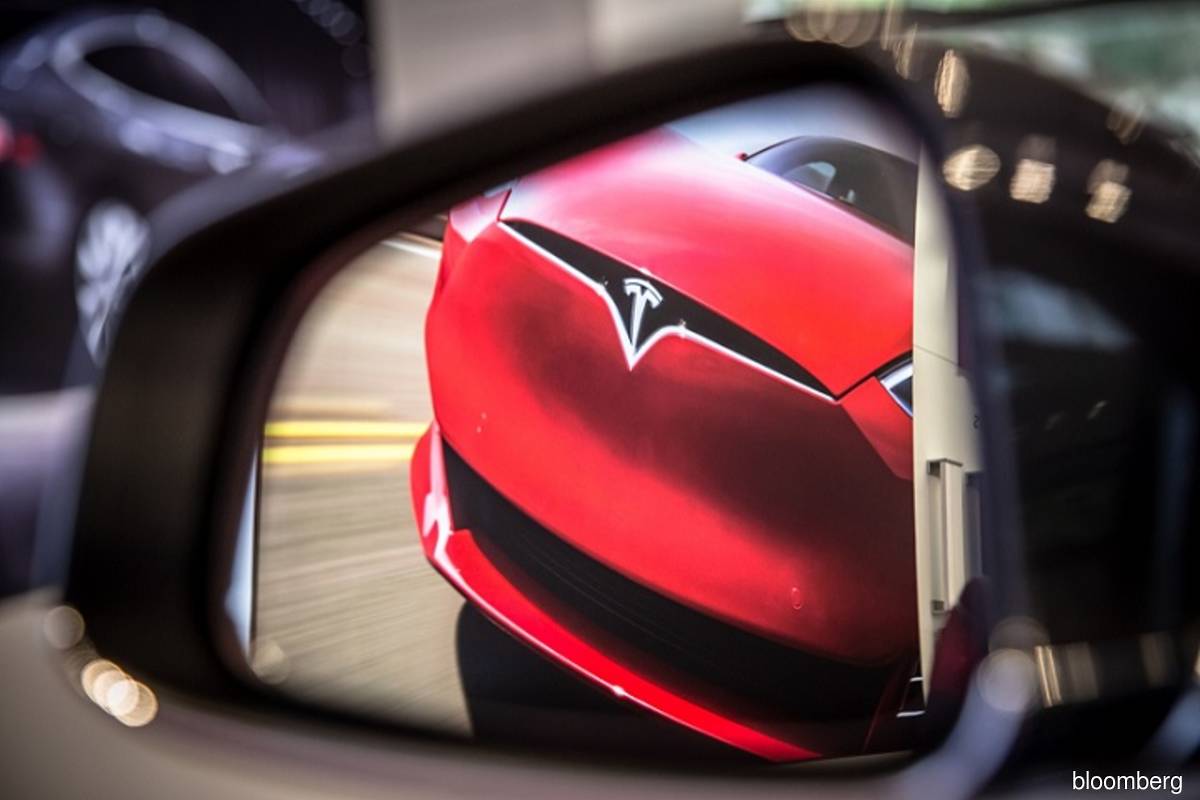 SINGAPORE (July 15): Tesla Inc’s shares have become less correlated with those of large US technology companies ahead of the electric-vehicle maker’s earnings report and Bitcoin may be the reason why.

The 20-day correlation between Tesla’s stock price and the Nasdaq 100 index has fallen from 0.83 on June 17 to 0.14 as of Wednesday. A decline can also be found in the relationship between the EV company’s shares and the NYSE FANG+ index, which includes the biggest tech firms such as Facebook Inc, Apple Inc, Amazon.com Inc and Netflix Inc. Tesla reports earnings on July 26.

“Tesla is highly correlated to megacap tech” and “this relationship has really decoupled in the near term,” Amy Wu Silverman, derivatives strategist at RBC Capital Markets, said in emailed comments. “When I ask around, the feedback I get is that this is related to their Bitcoin exposure and how it will have to be accounted for when they report earnings.”

Tesla in February disclosed a US$1.5 billion investment in Bitcoin, after favorable comments about the largest cryptocurrency from Chief Executive Officer Elon Musk. The move sparked speculation that other companies would follow – though few have. Tesla has since sold a portion of the holdings, and Musk has emerged as a critic of Bitcoin for reasons including energy consumption.

Tesla has dropped almost 4% this month, while the Nasdaq 100 is up more than 2%. Bitcoin has dropped from a peak of almost US$65,000 in mid-April to about US$32,500 amid a broad retreat in investor appetite for speculative assets like cryptocurrencies.

Silverman noted that Tesla also has “extremely steep” skew, a measure of how expensive bearish options are relative to bullish ones.

“This is highly unusual for Tesla which spends a lot of the time with ‘inverted skews’ because both institutions and retail adore buying out-of-the-money call options in the name,” she said. Those looking for bearish trades might do well to use put spreads to take advantage of the high skew, Silverman added.