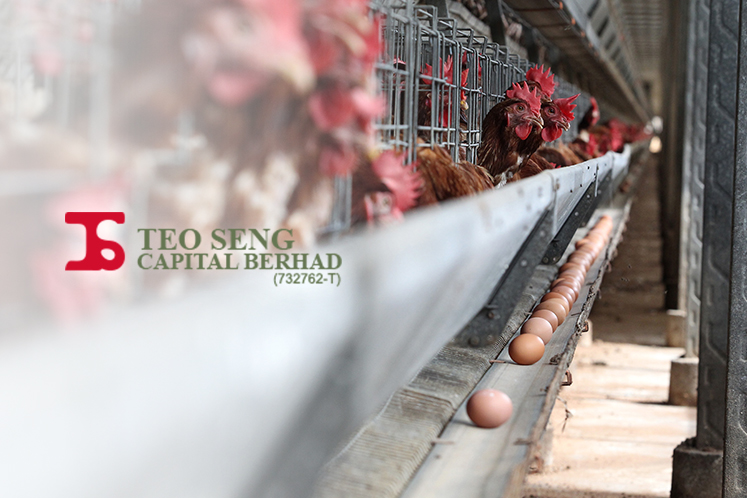 KUALA LUMPUR (Aug 12): Teo Seng Capital Bhd’s net profit fell 37.41% to RM3.18 million for the second quarter ended June 30, 2020 (2QFY20) from RM5.08 million a year ago, though revenue held steady, no thanks to an increase in feed cost due to a weaker ringgit, lower egg sales and lower contribution from animal health products as demand eased.

The decline in quantity of eggs sold was due to a depopulation of spent layer chicken in 1QFY20, according to Teo Seng's bourse filing today. The lower demand for its animal health products, meanwhile, came after a spike in customer orders in 1QFY20 during the initial Movement Control Order, it said.

Looking forward, Teo Seng said although the group’s businesses have been categorized under the essential food sector, coupled with the recent improvement in the selling prices of eggs, it expects its performance for the remaining six months of the year to still be challenging due to market uncertainties under the Recovery Movement Control Order (RMCO).

In light of this, It said it will be more prudent in managing its financial resources, operational cost and capex requirements.