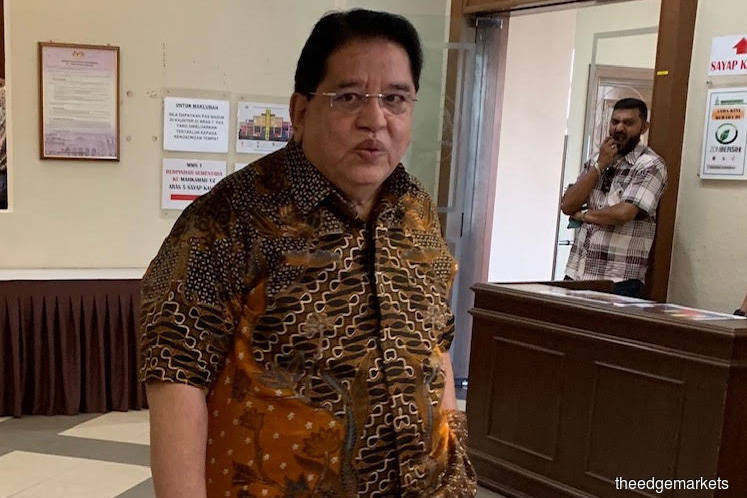 The case was called for mention today, and deputy public prosecutor Mohamad Firdaous Mohamed Idris told High Court Judge Mohd Nazlan Mohd Ghazali that the prosecution had delivered all the related documents to the defence pursuant to Section 51(A) of the Criminal Procedure Code.

When asked by the reporters, Mohamad Firdaous said the prosecution may call 20 to 30 witnesses to testify.

He then revealed that the trial dates, which are from Sept 3 to 5 and Sept 10 to 12, have been set previously.

Last Nov 15, Tengku Adnan pleaded not guilty to a charge of receiving gratification of RM1 million for himself from a businessman, Tan Eng Boon, through a Public Bank cheque belonging to Pekan Nenas Industries Sdn Bhd that was deposited into a CIMB Bank account belonging to Tengku Adnan, to obtain approval for an application by Nucleus Properties Sdn Bhd (now known as Paragon City Development Sdn Bhd) to raise the plot ratio of the site with development at Lot 228, Jalan Semarak, Kuala Lumpur.

The charge is made under Section 16(a) of the Malaysian Anti-Corruption Commission Act 2009, which provides for imprisonment of up to 20 years and a fine of not less than five times the amount or value of the gratification, or RM10,000, whichever is higher if found guilty.

Tengku Adnan also faces an alternative charge where, in his capacity as the Federal Territories Minister, he is alleged to have received for himself RM1 million without consideration from Eng Boon through a Public Bank cheque belonging to Pekan Nenas Industries Sdn Bhd which was deposited into his account, despite knowing that Eng Boon, who is a director at Nucleus Properties Sdn Bhd (now known as Paragon City Development Sdn Bhd), was concerned with his official function.

He was charged under Section 165 of the Penal Code for the offence and faces imprisonment of up to two years or with a fine, or both, if found guilty.

The case will be called for mention again on Aug 16.