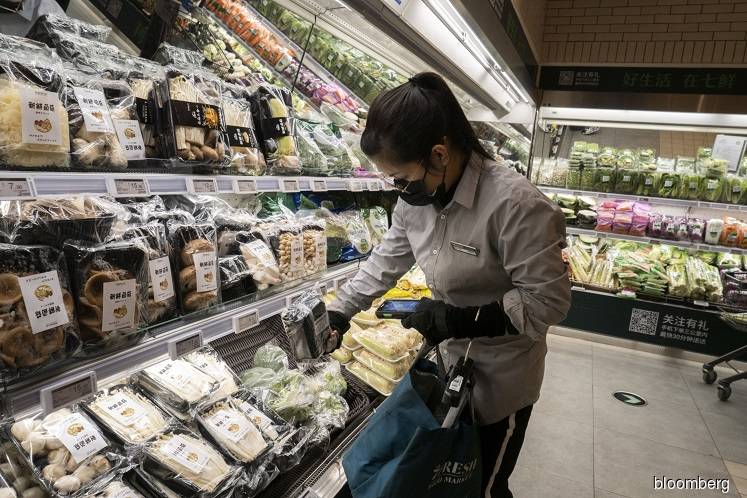 The two companies are bankrolling one of the more recent entrants to a sector galvanised by the pandemic. The latest financing of about US$300 million for Xingsheng Youxuan triples the company's price tag from its last funding round in 2019, the people said, asking not to be identified because the information was private. Tencent — which also backs grocery-delivery rival Missfresh — would participate though it had not decided on how much capital to put in, one of the people said.

The latest fundraising precedes an eventual initial public offering though neither time frame nor venue has been finalised, they added. Tencent and Alibaba Group Holding Ltd are bringing their multifaceted competition to the burgeoning realm of online fresh produce. Xingsheng Youxuan, which loosely translates in "prosperous first choice", is among a group of online services that have benefitted from people confined to home during the Covid-19 crisis.

Based in the central province of Hunan, it focuses on delivering produce from seafood to noodles to some 400 towns from western Sichuan to Guangdong in the south, but is just one of a plethora of deep-pocketed players including Alibaba and Meituan.

Its current round of financing was slated to finish in July though details might change depending on Tencent's investment amount, the people said. Representatives for the start-up and Tencent had no immediate comment when contacted. Primavera said it would not comment on market rumour.