Tenaga partners with 1MDB to develop power plant in Bangladesh 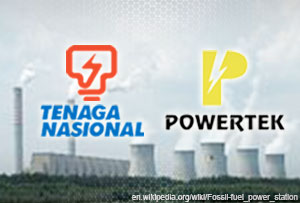 Under the agreement, the parties will form a joint working team to conduct a feasibility study for the independent power project and eventually incorporate a joint venture company for the development, if deemed feasible.

The Tenaga-Powertek consortium will then sign a long-term power purchase agreement with BPDB for the sale and purchase of power from the project.

“The Commercial Operation Date of the Project is expected to be in 2019,” said Tenaga in its announcement to Bursa Malaysia.

Apart from this partnership, Tenaga is said to also participate in RM11 billion project 3B, which 1MBD has been awarded at home. Tenaga would hold an equity stake of 20%, according to TheEdge Weekly.