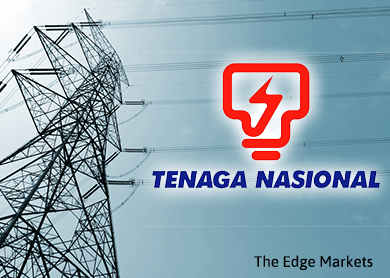 However, 4QFY15 electricity sales is expected to come in seasonally stronger.

TNB will benefit from lower liquefied natural gas (LNG) prices going forward which we understand have been fixed at RM37 per million British thermal units (mmbtu) for the third quarter of calendar year 2015 (3QCY15) — the lowest since TNB started to purchase LNG via the Malacca regasification terminal.

TNB has spent RM7.7 billion capital expenditure in 9MFY15 (versus RM6.4 billion in 9MFY14), of which 49% was utilised for generation capacity. Nevertheless, its balance sheet remains healthy at 31% net gearing.

TNB announced the government will maintain the ICPT rebate of 2.25sen per kWh for July to December 2015.

Therefore, the average tariff will remain at 36.28sen per kWh, and the ICPT implementation will have a neutral impact on TNB.

This supports our view that the government is committed to the energy reform that was started on Jan 1, 2014.

More importantly, the increase in the piped gas price has quashed concerns over the government’s commitment to address the gas subsidy rationalisation issue given the staggering discount for the local gas price against the international price.

More coal-based power generation is likely to be despatched to capitalise on the weak coal price (US$67 [RM256]) per tonne in 9MFY15 versus US$77 per tonne in 9MFY14) as we understand the outage issues at some of the coal plants have been resolved. — AllianceDBS Research, July 31 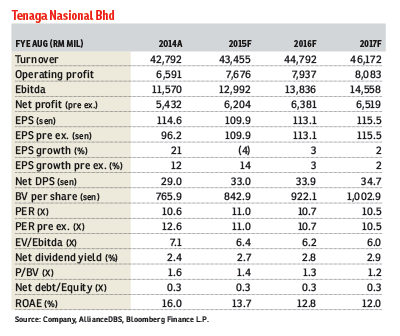