Tenaga gets request for proposal for 1MDB power plant 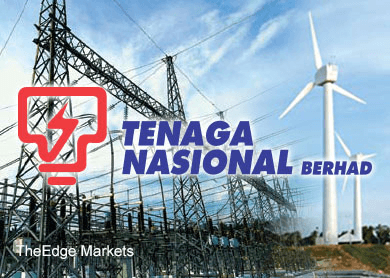 In a statement to the exchange, Tenaga (fundamental: 1.3; valuation: 1.8) said the EC and the government had accepted Tenaga's participation as the lead developer for the 2x1,000MW coal-fired power plant (Project 3B) in collaboration with Mitsui Co Ltd.

Tenaga said its participation in Project 3B would be via a 70% stake in Jimah East Power Sdn Bhd, which had been tasked to build the power plant.

"As the national power utility, TNB’s (Tenaga) participation as the developer is to ensure reliability and security of supply for the nation while maximising its shareholders’ value.

"TNB shall make further announcement to Bursa Malaysia Securities Bhd as and when there is any material development in relation to the project," Tenaga said.

The EC's request for proposal comes with several conditions. Tenaga said the EC wanted the Tenaga-Mitsui consortium to fulfill obligations on the appointment of the engineering, procurement and construction contractor for the project.

According to Tenaga, tariff for electricity generated by Project 3B will not exceed 26.67 sen/kWh. There will be no further adjustments to the rate.

Tenaga said it was also expected to achieved financial closure for Project 3B by this October 15.

Shares of Tenaga rose 14 sen or 1% at 12.30pm to settle at RM12.74 for a market capitalisation of RM71.9 billion. The eighth-largest gainer on the exchange today had fallen 8% this year, underperforming the FBM KLCI's 2% decline.

Yesterday, investors sold down Tenaga shares after Energy, Green Technology and Water Minister Datuk Seri Maximus Ongkili said the Cabinet had given its nod for Tenaga's takeover of Project 3B.

Tenaga shed 56 sen or 4% to close at RM12.60 to become the biggest decliner on the exchange then.