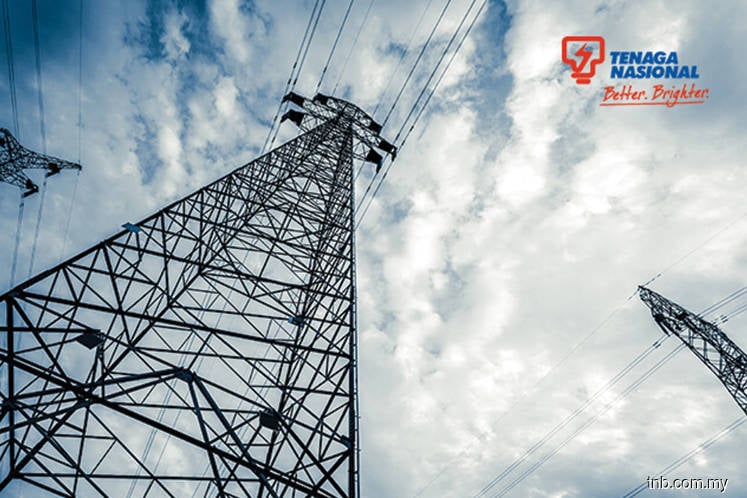 Yesterday, Tenaga said cumulative full-year net profit and revenue for FY18 stood at RM3.72 billion and RM50.39 billion respectively. The group said due to the change in its financial year from Aug 31 to Dec 31, the performance of the current year of 12 months ended Dec 31, 2018 is not comparable against any comparative period previously reported.

"Following the earnings adjustment, we downgrade our recommendation to HOLD (from Buy) on Tenaga with lower DCFE (discounted cash flow to equity)-derived TP (target price) of RM13.10 (from RM16.40)," he said.

Hafriz said the FY18 core earnings at RM5.89 billion is in line, accounting for 97% of MIDF's and consensus estimates.

"A final dividend of 23 sen was declared bringing full-year dividends to 53.27 sen, in line with our 53.7sen forecast. At 56% payout ratio, this is at the higher end of the 30%-60% payout policy. Given the slight adjustments to forecasts, our TP is adjusted lower to RM14.40 (from RM14.60). Nonetheless, our BUY call is reaffirmed," Hafriz said.