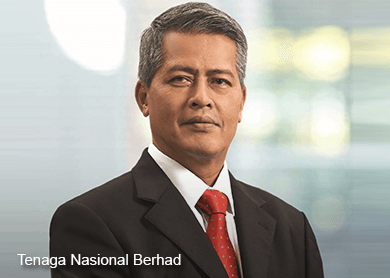 "It is a greenfield power plant with good prospects and the increased generation capacity of 2,000MW will bring about positive value to Tenaga in the long run.

"Based on financial analysis, the project is expected to have a positive impact on the earnings of Tenaga. It is not a bailout of 1MDB," Azman said.

Tenaga's involvement in Project 3B will be via a 70% stake in Jimah East Power Sdn Bhd.

Through a controlling stake in Jimah East, Malaysia's Energy Commission has offered Tenaga the lead developer role for the coal-fired power plant under a consortium with Mitsui Co Ltd.

Azman said no premium would be paid for the acquisition of the 70% stake under which Tenaga had been offered a tariff of not more than 26.67 sen per kWh for electricity generated by Project 3B.

"We expect to submit a proposal in relation to the takeover of 1MDB’s 70% ownership in the project soon, taking into consideration among other things the cost of delay in the project, the higher forex exchange rate and Tenaga's expected return," he said.

According to Azman, Tenaga has conducted due diligence on Project 3B and commenced negotiations with 1MDB.

"As a power utility, Tenaga is keen to participate as the developer to ensure reliability and security of supply for the nation while maximising its shareholders’ value," he added.

The stock was the top gainer across Bursa Malaysia.

Yesterday, investors sold down Tenaga shares by 56 sen or 4% to RM12.60 at market close after Energy, Green Technology and Water Minister Datuk Seri Maximus Ongkili said the Cabinet had given its nod for Tenaga's takeover of Project 3B.